Everything you need to know about obtaining a residence permit, a permanent residence and citizenship in Germany 2020

All countries
Realting.com
Publications
Everything you need to know about obtaining a residence permit, a permanent residence and citizenship in Germany
Share using: 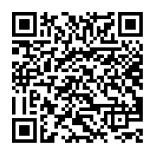 Everything you need to know about obtaining a residence permit, a permanent residence and citizenship in Germany

Germany is a dynamically developing country that becomes home to hundreds of immigrants every year. German culture, special atmosphere and high standard of living attract citizens of other countries. This article is necessary for those who decide to switch from the «tourist» to the «resident» status.

Citizens of any country who have proof of a legal long-term residence in the German Republic have the right to obtain a residence permit. The grounds for issuing this document include:

With the residence permit, one can continuously stay in Germany for six months. However, some citizens are granted the residence permit for a shorter time. It is also possible to extend the period of a temporary residence for 3 years. A visa to enter other EU countries will be no longer needed. In this case, the document is immediately cancelled if its holder is out of the country for more than 6 months or has committed a criminal offence.

Unlike some other countries, buying a property in Germany is not a reason to obtain the residence permit or the permanent residence.

Who can get the permanent residence permit?

Foreigners can get the permanent residence after the immediate completion of the temporary residence permit if they:

If these criteria are met, after the expiration of the residence permit, an immigrant will be issued a certificate of the permanent residence (a plastic card). It gives a resident the right to stay in the country for a long time, as well as the opportunity to obtain German citizenship. An immigrant who has lived in Germany for 8 years and officially transferred from the status of a residence permit holder to a permanent residence holder can become a citizen of the German Republic. The period of mandatory stay in the country may be shortened if an applicant has completed integration courses. After this period, a citizen can submit a request for the appropriate document. At the same time, the application should be supported by additional evidence of their profitability for the country:

In case of a positive answer to the submitted application, an applicant is provided with a full-fledged permanent passport of a German Republic citizen. When receiving this document, an immigrant undertakes to comply with all the requirements for a citizen put forward by the European Union and Germany. There is no need to give up your first passport; the German authorities accept dual citizenship.

Ethnic Jews and Germans, as well as persons deprived of this document because of the Second World War, have an exclusive right to become a citizen of the German Republic. Automatically, a born in Germany and having at least one German parent child becomes a country’s citizen. This condition also applies to adopted in the country children.

By 2020, the German Federal government plans to tighten the rules for obtaining citizenship for those applicants who entered the country with incorrect personal data (first name, last name, country of origin).

Subscribe to our Telegram channel
Realting uses cookies on Realting.com to analyse usage of the website and to enable content sharing on social media. Cookies may be placed by third parties. By closing this message and continuing to use the site you consent to Learn more
Yes, I agree