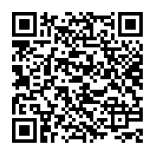 According to the Yle news service, Aeroflot Airlines is ready to resume the flights between Moscow and Helsinki, noting that only certain categories of citizens can cross the closed borders.

Let us recall that air transportation on the airline Moscow—Helsinki was cancelled due to the pandemic on 23 March. According to the spokesman of Aeroflot, from 24 December to the end of March, flights are scheduled to be made every Thursday (except 31 December). Though, there is a chance of switching to daily flights later on.

Ticket sales on the official airline’s website have already been launched. The prices start from 7000 RUB. Aeroflot’s booking system gives reason to believe that from 28 March, the company expects to operate two flights to Helsinki and back on a daily basis. However, the pandemic can change these plans.