What are the best places to visit in Spain? 2021

All countries
Realting.com
Publications
What are the best places to visit in Spain?
Share using: 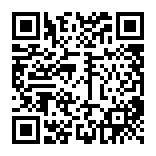 What are the best places to visit in Spain?

Spain is famous for its sights: there are so many of them that you won’t have time to see everything even over several trips. This country can please the most sophisticated tourist: there are many luxurious palaces and castles, national parks, museums and other interesting places. Most of the attractions are in Barcelona and Madrid, but there is a lot to see in other regions as well.

So which places are worth visiting while in Spain?

The palace, located in Madrid on the site of a fortress erected by the emirs of Córdoba and Toledo, is one of the most beautiful in Europe. The building was finished in the 18th century and, to this day, official receptions and ceremonies of the Spanish royal family are held in its premises.

Rich decorations, rare works of art, a huge library, an armory... It really has many things worth seeing. The Alcázar fortress in Segovia

Another striking castle in Spain, it rises at the intersection of the Eresma and Clamores rivers, on a high cliff. According to archaeological research, the first settlements appeared here during the times of the Roman Empire. The fortress is built in a distinctive Spanish-Moorish style. It was once an artillery school, a prison, a royal residence.

What to see: the royal hall, the chapel, the Juan II Tower. The Colomares Castle in the resort town of Benalmadena is a relatively young landmark, built in the mid-90s last century in honor of the 500th anniversary of the discovery of America. The building stands out because of the futuristic notes in its style; its decorations resemble lace.

What to see: a replica of Columbus’s ship and other ships, the world’s smallest chapel, the palace, the fountains. The Alcázar fortress in Toledo

This powerful Arab fortress, towering over the city, was once the residence of the rulers of Castille, then served as a prison for dangerous criminals. Today, it contains a museum of the armed forces. The picturesque panoramas of Toledo open from the height of the Alcázar. This castle is a tribute not only to bygone eras, but also to geometry: the main building, its towers and gates form an almost perfect square. It was here that at one time the adherents of Ferdinand of Aragon met Christopher Columbus. It was also in this Alcázar that the Inquisition carried out mass executions. The Dalt Vila fortress in Ibiza

This place is notable for its narrow authentic streets, ancient cobblestone pavement and monumentality: the Arab fortress is visible from everywhere on the island. You can enjoy magnificent views of Ibiza from its height. This world-famous work of art by the venerable Antoni Gaudi is rightfully recognized as the most beautiful church not only in Spain and Barcelona, but throughout Europe. The building has three facades (Nativity, Passion and Ascension), snow-white columns, many stained-glass windows. Its construction is still ongoing. Once the largest mosque of the Middle Ages, it became a Christian cathedral after the Spanish Reconquista. These places in Córdoba have been sacred since ancient times. Huge arches and columns inlaid with precious stones, gold painting: this is a must-see place. The Cathedral of Saint James

The medieval cathedral in Santiago de Compostela keeps the relics of the Apostle James within its walls. This place is one of the main shrines of the Christian religious community. It also houses the world’s largest censer. This Cathedral of Seville is one of the largest in Spain and Europe. The building, designed in the Gothic style, was erected on the site of a mosque during the Reconquista. The grave of Columbus was also located here at one time, and his personal archives are still kept in the library of the cathedral. The most beautiful park in Spain, part of the natural complex of the Pyrenees. What to see: the monumental Ordesa canyon, the cascades and waterfalls. An active volcano of the same name with breathtaking views awaits you on the island of Tenerife, in the picturesque Teide Park. This park is a creation of the genius of Antoni Gaudi. Be sure to check out the gingerbread houses, the staircase with fountains and the Hall of a Hundred Columns. One of the most popular museums in the world, the Prado will delight you with its display of Flemish cultural heritage and the works of the great sculptors and artists of the Golden Age: Titian, Bosch, Botticelli and other outstanding creators will not leave you indifferent. The semicircular centenary square, stylized in an antique Mudejar style, impresses with its openwork painting in blue and white colors. The oval of the square itself is framed by a canal with boats. This ancient city lays at the foot of the Cordilleras above the El Tajo gorge with fortified walls, towers 20 m high and nine gates. Despite its formidable appearance, it also stores food for the soul: the works of the famous Spanish artist El Greco are kept here. If you are in Spain, be sure to check out the tallest lighthouse in the country. Its light is visible both horizontally and vertically due to its special architectural design, therefore the lighthouse is used for navigation of both ships and aircraft. The attraction, which has survived to our days since the Middle Ages, boasts the winding cave complexes of the catacombs. Today, there is a monastery on the site. This theme park represents the Caribbean, the Wild West, Siberia and even Ferrari Land. Attractions, shows, themed cuisine and hotels: this place is deservedly popular. Of course, this is just a small fraction of the places that are worthy of your attention when visiting Spain: the country is fraught with many secrets of the past and not only.

Join our Facebook group
Read also
Rating of countries whose passports allow you to travel without a visa published
Montenegro has allowed the entry of tourists who have not been vaccinated against COVID again
The ranking of the cheapest tourist destinations has been published
TOP 10 most interesting sights in Turkey
Passports that allow you to travel without a visa to most of the world: rating by countries
Realting uses cookies on Realting.com to analyse usage of the website and to enable content sharing on social media. Cookies may be placed by third parties. By closing this message and continuing to use the site you consent to Learn more
Yes, I agree

Interested in real estate in Spain?
Choose from 24 342 properties in our catalog
Go to catalog