The palace of Sapieha and Potocki is for sale outside Brest: «The place is gorgeous, the border is nearby» 2020

All countries
Realting.com
Publications
The palace of Sapieha and Potocki is for sale outside Brest: «The place is gorgeous, the border is nearby»
Share using: 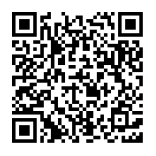 The palace of Sapieha and Potocki is for sale outside Brest: «The place is gorgeous, the border is nearby»

A rare for our part of the world real estate property has appeared in the Realt.by listings — the palace of Sapieha and Potocki has been put up for sale. The ancient manor is located in the town of Vysokaye, Kamenets District, Brest Region. Interesting fact that the estate is sold not by the state (as usual via the auction) but a private company with the help of a real estate agency. Realt.by called by the ad to find out all the details. — Yes, we are engaged in the sale of this property, — says Alexander Gournik, expert on real estate operations at Expert. — The actual owner bought the palace in 2013 at the auction. He intended to open a hotel with a spa, restaurant and museum there, but unfortunately, it was not possible to implement all the ideas, so the palace was put up for sale. Alexander says that the owners planned to invest about a million dollars into the restoration of the palace of Sapieha and Potocki. They expected to attract loans or get the investors’ support. While they considered various options of financing, the new owners fenced the property off, set guards, bought dogs and took away rubbish from the estate by two trucks.

Since the manor complex was empty for a long time, low companies often gathered in the abandoned buildings leaving mountains of bottles and other waste. Now the whole territory is fenced and is under round-the-clock surveillance. As for the plans to restore the estate, despite the fact that in Soviet times some of the palace premises were rebuilt or damaged, the owner of the company wished to recreate the atmosphere of the place. He managed to collect many old photographs of the estate and get documents from the archives. At the same time, some works on obtaining the approvals for reconstruction project have been performed: some permits are already available, some still to be obtained.

— This is a very good place, — says Alexander Gournik, — It is located near the Polish border. Peschatka border crossing is just 10 kilometers from here. Tourists who come to us or from us will be able to spend the night at the hotel, dine in a restaurant or simply take a walk in the old park. I am confident that such purchase will completely pay off the investments. It’s obvious that the property with a rich history will always be more interesting for visitors than a modern recreation center built from scratch.

As specified in the listings, three buildings are offered for sale: the main building and two wings. The ceiling height in the main building is more than 4 meters. Total area of the complex is about 1700 squares meters, the area with access to the Pulva River is 78 hundreds square meters. The land plot is leased under the agreement until 2023 with the possibility of extension. The palace can be purchased for 311 thousand Belarusian rubles. In this video you can imagine how the estate may look after reconstruction:

A real estate agent said that the complex was put up for sale about two months ago. During this time, he received several calls from people working in the tourism and hotel industry.

Originally, the castle and the park with a pond appeared in Vysokaye at the end of the 17th century thanks to the powerful Sapieha family. Only a fragment of the old gates and the ruins of the walls have survived to this day. The castle itself burned down in a fire in 1748.

In 1815, the new palace was erected by Pelagia Sapieha (born Potocki). With her participation, the landscape park, which was considered one of the best in Europe due to the large number of rare trees and plants, was expanded to 20 hectares.

Since 1961, the estate was accommodated as an orphan boarding school.

Interested in real estate in Belarus?
Choose 17 436 properties in our catalog
Go to catalog