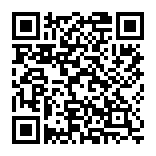 Analysts predict a decline in tourist activity in Spain. This is due to the so-called «green plan of the European Union», which will be implemented until 2030. About how it will affect the tourism industry, read further.

So, the European Union plans to reduce carbon emissions by 55% in the next 8 years. What do they intend to do for this: 1) to reduce the number of air flights; 2) to use sustainable aviation fuel. Consequently, airfare prices will rise greatly. Speaking specifically about Spain (which is very dependent on tourism), experts say about the loss of about 11 million tourists already next year.

What do they think about all this in Spain itself? Javier Gandara, president of the country’s airlines association, says that Spain shares EU values, but believes that they need to take other, more effective decisions. He has not yet said what they are.

In general, whether the EU plan is effective is still a moot point. At least, the urgency of its implementation is questionable. A recent Bloomberg report, for example, states that, foremost, the problem of private jets should be solved. Or rather their popularity, which has recently become extremely high among the wealthy. And this is already polluting the air many times over.

Want to buy an apartment in Spain? Visit the section «Real estate in Spain» and choose from thousands of options, the one that is right for you.

Birth tourism: in which countries a newborn is automatically granted citizenship

«Visa Run» is cancelled. Kazakhstan is changing the rules for foreigners stay without a visa

The best villages in the world — a big list for tourists

New rules for entering the Schengen area. They will come into force in May 2023

«Invest, do not postpone». The owner of Voloso, a unique tourist complex, on the prospects of ecotourism in Belarus

Which country’s passport is the best in the world? The latest passport ranking is published
Realting.com uses cookies to improve your interaction with the website. Learn more
Yes, I agree