Realting.com Publications We begin a series of articles on the currency legislation in Russia. Who needs to notify the Russian tax authorities about foreign accounts? 2020
Share this property:
Facebook Vkontakte Google Plus Twitter Linkedin Copy 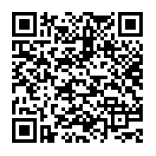 We begin a series of articles on the currency legislation in Russia. Who needs to notify the Russian tax authorities about foreign accounts?

How is it related to buying property abroad? It’s directly related for Russians, as this area of legislation regulates the following issues:

Who will find these issues interesting and important?

People who are recognized as currency residents of the Russian Federation by the «Currency Regulation and Currency Control» law. This concept has changed twice in the last few years, and since January 1, 2018, Russian currency residents are:

Who needs to notify the Russian tax authorities about foreign accounts?

Currency residents of the Russian Federation need to notify. The legislation has eased the requirements for those currency residents who are outside Russia for a total of more than 183 days a year. These people have the right not to report about their accounts. However, there is one moment: if you lived abroad and used this right, but in the next year returned to Russia and stayed in the country for more than 183 days, you will have to notify about previously opened accounts. This has to be done by June 1st of the year following the one when your status has changed.

If you stay in Russia for more than 183 days a year, you should notify the tax office within 1 month of:

Previously, FTSI had to be notified only about accounts opened in banks outside of Russia. But from January 1, 2020, the rules about notifying and reporting began to apply to accounts opened in «other financial market organizations.» Thus, now it applies to brokerage accounts owners, accounts in investment funds, insurance organizations and even in PayPal, Payoneer and other payment systems.

If a citizen ignored the requirements of the law and didn’t report to the tax office about his foreign account, he will have to pay 4 to 5 thousand rubles fine. The fine is not big but the danger is different. Transactions on an account that the tax authority has not been informed of as appropriate may be considered as illegal currency transactions. In this case, the sanction is very different: the fine will be from 75% to 100% of the operation amount.

For example, a Russian citizen living in Russia sold apartments in Spain, received €200 thousand to their account in a Spanish bank, which they had to notify about but did not do so in time. If FTSI knows about this operation, a case of foreign exchange laws violation may be prosecuted and a fine of €150 to €200 thousand may be applied.

Taking into account the fact that Russia has agreements on automatic exchange of financial information with almost 90 jurisdictions, the FTS authorities already have access to information about many accounts of its citizens. It means that there’s no need to hope that the tax agency won’t get to know.

What to do if there is an undeclared account and there were funds movements there? Each situation should be analysed individually and a solution will be found depending on many factors:

If you take care of this issue before the FTSI sends a request for information, the chances of successfully resolving the issue are much bigger.

Author: Natalia Kiyan (Spain, Marbella / Czech Republic, Prague), a lawyer, a specialist in currency legislation of the Russian Federation, a consultant on tax residency and declaration of income of Russian citizens living abroad.