Nine legal ways to immigrate to the USA 2020 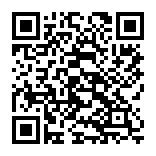 Nine legal ways to immigrate to the USA

There are several ways to permanently reside in the United States thanks to the American immigration system. There, foreigners can quickly adapt and fulfill their potential. This article provides detailed information about all legal ways to immigrate to the New World on immigration and non-immigration visas.

The ways to move to the US

2. Family Immigration to the United States (moving with the sponsorship of a relative)

The waiting period for obtaining the visa depends on the closeness of kinship. 3. Marriage to a US citizen

Marriage gives the right to move to the United States in a few cases:

4. Marriage to a US Lawful Permanent Resident (LPR)

Based on the marriage of a foreigner to a lawful permanent resident of the United States, spouses, their single children (first priority F2A), as well as children over the age of 21 (second priority F2B) have the right to immigrate to the country.

Important: this privilege also applies to same-sex spouses of citizens and people with the LPR status, as well as their minor children.

Repressed in the country of origin on religious, social, national, political, or racial grounds people can move to the USA after receiving refugee status.

Important: people repressed on criminal grounds do not have the right of this privilege. Asylum status is often obtained when entering the country on non-immigrant visas. Then applicants request asylum, and if the state grants it, they receive a residence permit.

6. Employment in the USA

To get a work visa, one usually needs to first work in the United States on an H-1 work visa for at least 3 calendar years. Both for the work visa and permanent residence, there is a condition: an applicant must be in high demand in the American labor market or at a specific American employer, which, in this case, acts as a requesting immigration sponsor.

The work visa opens the way to immigrate for several groups of people.

Owners and representatives of international companies, who must be located on the territory of the USA, have an opportunity for business immigration to the United States. This applies only to people who work in companies with branches both in the country of origin and in the US. There must be its branch in one country, and a head office in another one.

The L1 Visa is issued for 1 year. If a representative office of a company located in the United States is successful and its profit covers the owner’s residence in the USA, the visa is extended for 3 years. Sometimes, the L1 Visa can be obtained for 3 years from the very beginning.

Large businesspersons, who can invest at least $500,000 in the United States without violating the law, can immigrate to the USA on E-Visa.

9. A work contract, an internship or study in the USA

People who receive an academic education at universities in the United States can immigrate to the country on the before-mentioned grounds. After four years of study at a university or two years of master’s degree, a foreign graduate can stay in the country for getting additional practical experience and education.

In essence, this privilege gives the right to work and intern in the US for additional 12-17 months after graduation from an educational institution. This period is added to the time when a person can stay in the United States on a student visa.

If during this period a person finds an employer interested in their services, they can apply for the H-1B specialist status. After 1-3 years of this work, one can already apply for permanent residence on bases of working in the USA.

It is possible to immigrate to the United States on immigration or non-immigration visas with a future status change. It is more efficient and profitable to enter the US on the first-type visas since they guarantee to obtain the American residence permit. Entry on non-immigration visas does not always result in a status change and may not culminate in obtaining the residence permit. Nevertheless, this way is also popular for moving to the USA.