All countries
Realting.com
Publications
Taiwan's government is trying to curb the real estate market, but the number of deals is breaking all records
Share using: 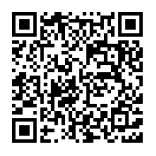 Taiwan's government is trying to curb the real estate market, but the number of deals is breaking all records

The rise in housing prices in Taiwan is accelerating. Demand is not declining, even despite government measures to curb the market.

In terms of the number of real estate transactions, the first quarter of 2022 was the strongest period in the past 11 years — their number in six major cities in Taiwan reached 64,921.

Real estate prices in Taiwan rose 11.06% in the first quarter of 2022. This is the second-highest figure since the 4th quarter of 2013. As an example, the price of apartments in Taipei (the island’s capital), is currently $7112 per square meter.

Interestingly, the demand for housing remains high, despite amendments to the Income Tax Act, which took effect on July 1, 2021. According to the innovation, within two years after purchase, the tax on profits from the sale of real estate must be paid at a rate of 45%, and after those two years — in the amount of 35%. The government’s goal in this case is to prevent speculative purchases.

Interested in real estate in Taiwan?
Choose from in our catalog
Go to catalog