All countries
Realting.com
Publications
Smart Warsaw: why the Polish capital is considered the most comfortable city in Europe
Share using: 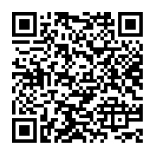 Smart Warsaw: why the Polish capital is considered the most comfortable city in Europe

Every year almost 10 million tourists visit Warsaw. Arriving citizens can easily get from the airport to the city centre in just 20 minutes. The developed urban transport system of the Polish capital makes it possible, which, according to experts, is considered one of the best in Europe. According to statistics, about 75% of all residents of Warsaw use it. You can always buy a ticket and check the exact traffic timetable in a mobile app developed for locals and tourists.

Among all types of vehicles, bicycles are the most popular. There are about 480 bike lanes in Warsaw. It is easy to drive on them from one end of the city to another, while visiting many attractions, including the Vistula embankment, museums, cafes and recreation areas.

Taking care of the environment

Warsaw is one of the cities with a good ecological situation. About 40% of its territory is green. Not only by local authorities but also residents themselves engage in greenspace expansion. The app «1.000.000 trees» helps them to do it. Thanks to the useful app, about 300 thousand plants have already been bed in the city.

Direct communication with the city authorities

In the Polish capital, there is a 24-hour call centre at the 19-115 number. At the telephone number, locals can contact the authorities to solve the issues with water leaks, damaged sidewalks and other burning problems. One can also do it using the app. The app allows you not only to leave your comments to the city authorities but also to find out information about current public services and events in Warsaw.

The public can also reach a responsible for the city security call centre. All calls are answered at 112.

Locals have a unique opportunity to independently decide on the distribution of their tax deductions. Thanks to this approach, about 1000 projects have been successfully implemented in the city. Among them:

Business entrepreneurs living in Warsaw have many prospects for business development. The city authorities regularly create useful projects, for example, «Creativity Centre Targowa». It is aimed to maintain and develop business activities. In General, Warsaw, along with London and Sydney, is ranked among the 10 world cities with the easiest business start.

Number of properties: 1140
Number of publications: 30
Write to the company
Share using

Interested in real estate in Poland?
Choose from 2 206 properties in our catalog
Go to catalog