Best cities to live in Bulgaria 2021

All countries
Realting.com
Publications
What are the best cities to live in Bulgaria?
Share using: 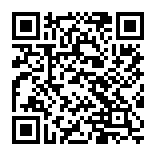 What are the best cities to live in Bulgaria?

Bulgaria is located in the south-east of Europe on the Balkan Peninsula. It became a member state of the European Union in 2007. Obviously, the economic development level of Bulgaria is still far from the rest of the EU member states. For instance, the minimum salary here is 7 times lower than that in Luxembourg.

For these reasons, many foreigners, including Russians, seek to live, study, work and do business in Bulgaria with the prospect of obtaining a residence permit and eventually moving to the country for good.

Below you will find a rating of the five best Bulgarian cities to live in 2021. The list is based on the results of the surveys conducting with the help of local residents. It takes into account the environmental situation, the state of affairs in the labour market, the infrastructure for living with a family, the level of medical care and education.

Burgas, located on the Black Sea coast in the south-west of the country, is recognized as the best place for living in Bulgaria in 2021. Both Bulgarians and immigrants participated in a survey, which awarded the first place to the city.

Despite the fact that the population of the city is only 210,000, it is still an important industrial, transport, tourist and cultural hub of Bulgaria’s infrastructure. It is a great place for residence, work and relaxation. Burgas is also considered to be a city of knowledge due to its well-developed educational infrastructure.

Rent of a one-room studio in the centre of Burgas costs about $400 per month. The second city on the list is Sofia, the capital of Bulgaria and the largest settlement in the country, with 1.3 million people. Sofia, located among the mountains in the western part of the state, is also a perfect place for permanent residence:

Rent of a one-room studio in the centre of Sofia is around $335 per month. Last but not least, among the top 3 best cities in Bulgaria is the city of Plovdiv located in the south of the country. It is one of the most crucial transport hubs of the state. The city is an ancient metropolis, which goes after the capital in terms of its population (347,000 people). Plovdiv boasts impressive architecture, as well as a rich history and cultural heritage.

Rent of a studio in Plovdiv costs about $225 per month. The fourth on the list is a large port city of Varna, situated in the north-east of the country near the Black Sea coast. It is a resort city popular among tourists and citizens of Bulgaria. Varna ranks third among the settlements of the state in terms of its population (315,000 people).

The city is a major economic, transport and cultural centre of Bulgaria. Varna is perfect for living whether you’re going to rent accommodation on your own or move with a family. According to the results of numerous surveys, it is recognized as the best city in Bulgaria in terms of life quality.

Rent of a one-room studio in the central areas of the city costs around $225 per month on average. The monthly rent for a one-room studio in Stara Zagora is about $200. As you can see, there are lots of options to choose from when moving to Bulgaria. The country is also famous for its delicious traditional cuisine, excellent climate and marvellous landscapes.

Join our Facebook group
Read also
«Poles are in no hurry to buy apartments, whereas Belarusians and Ukrainians are being interested.» What's new on the real estate market in Poland?
«You will never want to leave this place.» The wonderful story of a family from Cherepovets who moved to Turkey
«It all started with the fact that we were no longer happy living in Novosibirsk». The story of one family who moved to Germany and immediately got a permanent residence permit
Argentina and Montenegro lend a helping hand with residence permits for IT relocators
Utility services can cost even €250 per month.«A realtor about life in Bulgaria now: popular cities, prices for housing and food, conditions for obtaining a residence permit
A villa in Italy at €1,650,000 for Nastya Ivleeva: bright sofas and provocative inscriptions
«There is no bullying.» A personal step-by-step experience of how to send your child to a kindergarten, school or university in Poland
How to relocate your business to Lithuania while avoiding «expensive» mistakes? Step-by-step instructions from a Capital Commercial expert and the personal experience of an IT company
Realting uses cookies on Realting.com to analyse usage of the website and to enable content sharing on social media. Cookies may be placed by third parties. By closing this message and continuing to use the site you consent to Learn more
Yes, I agree

Interested in real estate in Bulgaria?
Choose from 2 740 properties in our catalog
Go to catalog