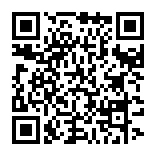 Pros and Cons of buying real estate in Moscow

Property investment in Moscow means undertaking Russia’s real estate market fluctuations. Still recovering from the financial crises of 2014, the property investment in Moscow, St. Petersburg and Russia as a whole has been falling. However, the market at the moment is seeing an improvement through mortgage opportunities, ensuing a growing demand in new housing projects. Government-aid in mortgage cuts, the Central Bank of Russia’s cuts in interest rates, as well as the prediction by the Russian Academy of Sciences in terms of increased construction growth has increased confidence amongst Russian developers.

Apartment costs are higher in cities in comparison to suburban areas. Real estate in Moscow and Russia prices are relatively high with a contrasting low yield. The Global Property Guide Research reports a projection of around 3% in rental yields, 2018. Despite this, the demand for new apartments is strong. According to BCS Global Markets, registered deals have increased by 18% in St. Petersburg and 30% in Moscow, 2018.

Types of Housing in Russia

Suburban Russia is different, the houses resemble cottages surrounded with their own plots of land. These houses are typically far from the city and are usually the summer homes or ‘dachas’ of Russian citizens. Russians usually have an apartment in the city and a dacha on the outskirts for the weekend.

Not many Russian citizens speak English. Moving to Russia means preparing yourself with a basic knowledge of Russian. A lot of the younger Russian generations do have some basic knowledge of English. The schooling system requires a mandatory second language course, and many choose the English language.

Most of the city signs are written only in Russian. However, many hospitality businesses, restaurants, hotels, have already incorporated the English language. Property investment in Moscow, or anywhere in Russia means living and celebrating the Russian way. The Russians love to celebrate. Every celebration always includes a table full of food, drinks, and good company. Discovering Russia, is discovering their customs and traditions.

1.    Christmas till January 7th.
Although the beginning of Christmas is on the 24th of December. The Russian Christmas also follows the Julian calendar, making the Christmas celebration a little bit longer.

2.    Old New Year
The Old New Year is on January 14th and generally marks the end of the holidays. Although it’s not as exuberant as the actual New Year’s Day. It is still a custom and is celebrated.

3.    Defender of The Fatherland Day
Established in 1922 for the Red army, today this holiday has been modernized unofficially into Men’s Day. A day to celebrate the men and boys of Russia.

4.    Maslenitsa
Generally celebrated the last week before the Great Lent, it is a symbol of the passing of winter, and the welcoming of spring. The Maslenitsa week is usually filled with many activities, performances and music. Russians will especially make a lot of pancakes at home, as the pancake is symbolic of the sun. At the end of the celebration, a straw Maslenitsa doll is burned.

5.    The 8th of March
This day was officially marked on the 8th of March, 1913, when Russian women demanded the right to vote. It is known as Women’s Day in Russia, although simply referred to as ‘the 8th of March’. Russian men and women present flowers, chocolates and gifts to all the important women in their lives!

6.    Victory Day
The day that Nazi Germany surrendered in World War II on May 9th, 1945. Veterans are celebrated and parades of Russian military, artillery and aircrafts make their way. Fireworks, salutes, performances and flags fill the streets.

7.    Russia Day
Marked on June 12th, this day celebrates Russia as an independent country after the breaking of the Soviet Union. Today, however, it is widely regarded as a day to celebrate Russian accomplishments, culture, and country as a whole.

8.    Ivan Kupala
A celebration of the peak of summer, or summer solstice, includes a number of Pagan rituals related to Fire, Earth and Water.

Interested in real estate in Russia?
Choose from 19 453 properties in our catalog
Go to catalog