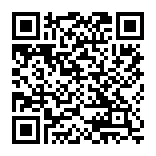 Property prices in Sweden noticeably falling The first summer month of 2021 in Sweden was marked by a record rise in property prices. But already in July, the cost of apartments in all regions of this Scandinavian state has significantly decreased. The new trend has only missed the southernmost part of Sweden - Greater Malmö. Here, the indicators of apartment prices have remained unchanged.

What experts say about changes in apartment prices

A tangible drop in the cost of housing was reported by the state credit organization SBAB and the real estate website Booli. According to them, the decline in prices affected all parts of the country, with the exception of the extreme south. Even in such a popular region as Greater Stockholm, apartments have fallen in price by 2.6%. SBAB chief economist Robert Boye assures that the decline cannot be explained by traditional seasonal fluctuations. According to the expert, the real estate market is gradually cooling down and a quieter period is beginning. However, Mr. Boye does not recommend making forecasts for the long term whilst taking into account only one month's data.

Why is the price of houses falling in Sweden?

The downward trend is observed not only for apartments. Private houses are also actively falling in price in Sweden. According to analysts, in Greater Gothenburg, the price for houses fell by 3.4%; in Greater Malmö - by 4.4%. Robert Boye explains such significant changes in value by the fact that recently, due to the pandemic, there was a high demand for an increase in living space and mansions grew in price faster than small-sized housing. Now the situation is changing and the balance is returning to the market. The expert does not exclude the fact that, by the beginning of the business season, apartments will start to rise in price again, as is usually the case. But Robert Boyer does not expect strong price surges and believes that the autumn period will be calm and will bring no significant shocks to the real estate market.

Interested in real estate in Sweden?
Choose 4 properties in our catalog
Go to catalog