All countries
Realting.com
Publications
The Southern Administrative District took the leading position in terms of the growth rate of the cost of Moscow new buildings in 2021
Share using: 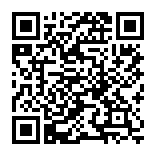 In Moscow, the Southern Administrative District has taken the leading position in terms of the growth rate of average prices per square meter in new buildings in 2021. This is the conclusion that the real estate company «Metrium» reached on the basis of its research.

The company’s materials indicate that a record increase in the average cost of a square meter has been observed in new buildings of the South Administrative District, which are focused on the mass buyer. In this segment, prices jumped from 200 to 266 thousand rubles if we analyze the time period from December 2020 to the same month of 2021. There was a 33.2% increase in value. This is the most significant price dynamics among all Moscow districts.

The situation in other districts

According to analysts, the second and third places in terms of growth in the cost of new housing in Moscow were taken by:

In the rest of the districts, as the analysis shows, the average prices for one square meter by the end of 2021 had risen as follows:

According to Nadezhda Korkka, managing partner of the real estate company «Metrium», the significant difference in the cost of apartments in new buildings in different districts has nothing to do with the quality of the projects themselves. Pricing was affected primarily by the territorial factor: buyers still want to buy property in the most attractive or well-known places for themselves.

For example, the Southern Administrative District, where the cost of apartments in new buildings has increased the most, attracts buyers with picturesque views of the Moscow River, well-thought-out transport infrastructure, as well as huge green and park areas, states Larisa Shvetsova, general manager of «River Park» LLC (developer of the metropolitan area of the same name).

In general terms, the average price of housing in new buildings belonging to the «economy» and «comfort» classes in the capital reached 263 thousand rubles by the end of 2021. Thus, the cost increased by 27% compared to prices relevant at the end of 2020, according to the materials.