All countries
Realting.com
Publications
The resumption of international air traffic in Russia is just around the corner
Share using: 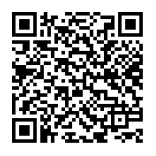 Good news for everyone who plans to travel outside of Russia: soon the borders with foreign countries will be open, and planes with passengers will soar up again.

The Federation Council speaker V. Matvienko has announced the official message that made many Russians happy. According to her, Russia is currently conducting preparatory work aimed at restoring international flights after the forced long-term pause caused by COVID-19. As Matvienko assured, the resumption of air traffic is a matter of exclusively bilateral arrangements, related to the willingness of other countries to accept Russian tourists. «Russia is not interested... in holding its citizens, to close the border», the speaker said. Where and when it will be possible to fly?

Although much depends on the epidemiological situation, the Russian Agency for Health and Consumer Rights has already compiled an indicative list of countries where the first passenger planes will fly. As expected, it includes 9 EU countries, including the UK, Germany and the nearest neighbour of the Russian Federation, Finland. Such popular touristic countries as Italy and the Netherlands, as well as Denmark, Hungary, Norway and Poland, are also in the list. As for Asian countries, flights will resume to China, Sri Lanka, and Vietnam.

The CIS countries that will likely be added to the list of countries that are ready to accept an unlimited number of Russian tourists are: Bulgaria, Turkey, Croatia and the faraway Dominican Republic. According to experts, it will be possible to go to these and other countries in August. The fact that Aeroflot has been selling tickets for foreign flights since August 1 supports the experts’ forecasts, and a few days earlier — on July 27 — the Sheremetyevo’s international terminal will start operating again. Moreover, although no one can say exactly when regular flights will fully resume, it is obvious that it is not long to wait for.

Interested in real estate in Russia?
Choose from 20 281 property in our catalog
Go to catalog