All countries
Realting.com
Publications
The prices of apartments in Switzerland have reached an all-time high
Share using: 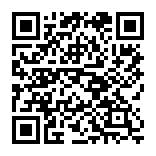 The increased demand for real estate in Switzerland has led to a serious increase in prices. In the period from July to the end of August, the cost of a square meter in the country has thus increased by 1.8% — up to 8,680 dollars. Therefore, according to the monthly index of the Swiss real estate market, the average price of an ordinary, 100-square-meter apartment has now reached 866,070 dollars.

At the same time, the cost of private houses, which had been going up over the past few months, remained at the same high level. If you take a property with an average area of ​​160 square meters at its average price of $ 7,730 per sq. meter, then the object’s cost will exceed $ 1.2 million.

According to Martin Weber, Head of Operations at Scout24, no significant changes are expected in the Swiss real estate market in the near future. The number of offers will probably stay limited. This is due to the fact that Swiss owners are in no hurry to sell, so they tend to wait for an even greater rise in the cost of housing.

According to the expert, only two circumstances can change the situation with real estate prices so that property will begin to sell at cheaper rates:

At the moment, there is no sign of either of these two circumstances in the real estate market.

The situation with rental prices

Due to low rental rates in central, eastern, and north-western Switzerland, the average monthly rent decreased by 0.5%. In contrast, rental rates actually increased in other regions of the country rental rates, but insignificantly.

Join our Facebook group
Read also
Do you want to buy a cheap apartment in Switzerland? Everything is possible, but in 20 years
Liberty-style villa or bohemian house from Pinterest? Choosing the best villa in Switzerland
How a foreigner can buy real estate in Switzerland: a guide to buying residential and commercial properties
Realting.com uses cookies to improve your interaction with the website. Learn more
Yes, I agree

Interested in real estate in Switzerland?
Choose from 69 properties in our catalog
Go to catalog