Spain: the smaller the town, the cheaper housing is 2020

All countries
Realting.com
Publications
Spain: the smaller the town, the cheaper housing is
Share using: 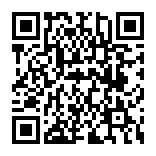 Spain: the smaller the town, the cheaper housing is

Usually, real estate in small villages is cheaper than in large cities. In some places in Spain, this price gap is quite impressive. If in a provincial capital 1 sq. m costs €1730, then in a town with less than 5000 inhabitants, its price is €830. Thus, according to the Idealista portal analysts, on average, accommodation in a small village is 51.8% cheaper than in regional centers.

Where to buy profitably

The largest gap between a capital and small municipalities is in the Barcelona region (69.1%), followed by Madrid (68.5%), popular touristic Seville (68%), San Sebastián (65.6%), A Coruña (63.3%). The provinces of Salamanca (62.5%), Granada (61%) and (60.8%) complete the list of most attractive for potential buyer regions. While in the Catalan province of Lleida, the trends are exactly the opposite: the difference in price between the capital’s real estate and village housing is quite insignificant (5.3%). The island of Santa Cruz de Tenerife shows a rather similar figure (6.5%). The price gaps in provinces of Murcia and Palma de Mallorca are from 12% to 14.9%.

Over the past year, the cost of real estate in localities with 5000 inhabitants has decreased in five Spanish provinces. In Seville, it fell by 5.4%, by 3.2% in Álava, by 2.7% in Toledo. In Tarragona, housing prices dropped by 2.3%, and in A Coruña, only by 0.1%. As for Madrid and Cantabria, the cost of 1 sq. m. remained the same. However, in Badajoz, potential buyers will see an unexpected figure of 21.4% increase in housing prices in small municipalities. Prices rose by 21.2% in Castellón, as well as in six other provinces, including Soria (17.9%), Salamanca (16.4%), and neighboring Ávila (14.1%).

Interested in real estate in Spain?
Choose 21 895 properties in our catalog
Go to catalog