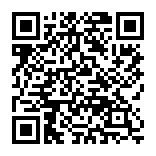 Granting residence permits and issuing visas to third-country nationals in exchange for investments is a traditional practice for many European countries. According to the EU Committee on Civil Liberties, Justice and Home Affairs, these schemes are often abused. This announcement was made on February 15th. In the approved report, 12 countries with such programs were asked to make major changes to them and tighten the rules for issuing documents. This should completely eliminate the misuse of «golden» visas and passports, expand opportunities to combat money laundering, corruption and tax evasion.

What changes do they want to make to the golden visa programs?

The press release by the European Parliament noted the risks associated with the implementation of the «residence for investment» scheme. Countries offering such programs are encouraged to do the following:

It is also recommended to completely abandon the scheme of issuing «golden passports» in exchange for investments in the economic sector. This appeal concerns three countries — Bulgaria, Cyprus and Malta. The first two are already working on the completion of the «live-for-investment» program. Malta, however, has not yet reacted to the EU recommendations and has not announced the curtailment of the «golden passports» scheme.

According to Sofia in’t Veld, representing the Netherlands, EU countries that recognize and use such schemes to raise capital from abroad are selling what they do not own. After all, the solid reputation of the EU is not an individual, but a common achievement, and it is not right to use it to receive a one-time profit.

«Golden visas and passports» — who uses them

Over the period from 2011 to 2019, more than 130,000 people from different countries received a visa or passport of the EU countries for investment. Some citizens of the former USSR became the owners of the «golden passport» of Bulgaria without making real contributions to the country’s economy. Many Britons have applied for a Golden Visa to enjoy freedom of movement within the EU bloc without being members at the state level. The European Parliamentary Committee believes that such abuses should be stopped. The deputies will vote for the idea at their March meeting.

Join our Facebook group
Read also
Is Dubai getting even closer? Already from September it will be easier and cheaper to get a visa or residence permit in the UAE
Foreigners will have to pay more: Poland has introduced new fees for issuance and replacement of documents
In Thailand, foreign qualified specialists and investors will be able to obtain a 10-years visa
Albania’s residence permit for investment: unexpected business opportunities and excellent prospects for life. What does the country offer?
Where IT specialists live well. Experts on where IT professionals relocate to and where there is a willingness to accept them
«You can get a Portuguese residence permit for an investment of €280,000 or more, but what for?» An expert on all the nuances of the Golden Visa program
New Zealand has developed a new visa for foreign investors
Top regions of Greece for comfortable living and profitable real estate investment
Realting.com uses cookies to improve your interaction with the website. Learn more
Yes, I agree

Interested in real estate in Spain?
Choose from 22 327 properties in our catalog
Go to catalog