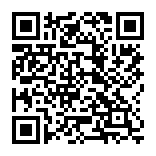 On September 15, 2021, the European Parliament approved some amendments to the Blue Card for highly qualified foreign workers. The changes were made after several years of negotiations between European institutions. The approved amendments have noticeably softened the requirements for Blue Card holders With this decision, Europe has demonstrated its intention to attract as many highly qualified specialists as possible. This is especially true now, since there is strong competition for talent in most Western countries.

The amendments adopted by the European Parliament have made the Blue Card even more attractive for highly skilled workers from abroad. The minimum required length of a signed contract is not 12 months anymore, but only 6. In addition, the salary threshold for a proposed position that a specialist should earn in the selected EU country for a certain position has been lowered from 150% to the average level in the area.
In addition, the rules allowing the holder of the Blue Card to move within the EU only if they had worked in one place for more than 12 months have been abolished. In addition, it is now allowed to take family members who have the right to work with you when moving.

According to Ylva Johansson, EU Commissioner for Internal Affairs, the debate on the need to soften the requirements for the Blue Card kicked off on September 14th. As a result, decisions were made, and they emphasized the European Union’s interest in highly qualified specialists.
According to the EU Commissioner, the undertaken initiative will help rectify the current situation in which the Old World is losing the «„race for talent“» to New Zealand, Australia and the United States. They were able to attract more highly skilled workers because they created more attractive working conditions for them.

A bit of statistics

The Blue Card was introduced in 2009. Now it is available in 25 of the 27 EU states: Ireland and Denmark have resigned from it. Workers of certain specialties are allowed to apply for a Blue Card, for example, journalists, businessmen, lawyers, doctors and engineers.
In 2019, the EU granted 36,800 Blue Cards. Most of the permits were issued to highly educated professionals in Germany. The second and third places in this indicator were taken by Poland and France. It is worth mentioning that in that very year, 2019, Indians and Russians received the most Blue Cards — 9400 and 2600, respectively.