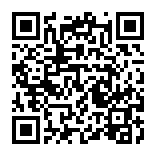 The country may soon disappear. The state of Tuvalu is the first in the world to create its digital copy

The island state of Tuvalu will be the first in the world to create its digital copy in the metaverse. The government is taking this step because the country could soon disappear.

Note. Tuvalu is a group of nine islands with a population of 12,000 people. Its location is halfway between Australia and Hawaii.

By the end of this century, Tuvalu could be completely submerged — at high tide, up to 40 percent of the metropolitan area is underwater. So the authorities decided to build a digital version of the state. The process will include the reproduction of islands and landmarks, the preservation of the country’s history and culture, all in virtual reality.

This idea was voiced at the COP27 climate summit by Tuvalu’s Minister of Foreign Affairs, Simon Kofe. He said that it is time to consider alternative solutions for his country’s survival.

— Our land, our ocean, our culture are the most valuable assets of our people. The idea is to keep it all in the digital space and continue to function as a state no matter what happens in the physical world — the minister said.

Everyone can become an investor: Italians have figured out how to revive their villages

«A Paradise for Real Estate Networking.» How the United Property Expo international real estate exhibition was held in Kazakhstan

«United Property Expo 2022»: an international exhibition of foreign real estate to be held in Almaty

The Ukrainian real estate market is surprising and alarming. What to expect and what will happen next with apartment prices?

How to start making money with Russian Europe? A training for market beginners and professionals

We are introducing the latest construction and sales technologies using the example of a unique eco-neighborhood in Kaliningrad! The first RE: real estate market congress was held in Belarus
Realting.com uses cookies to improve your interaction with the website. Learn more
Yes, I agree

Interested in real estate in Tuvalu?
Choose from in our catalog
Go to catalog