All countries
Realting.com
Publications
Dynamics of house prices in the EU according to the results of 2019
Share using: 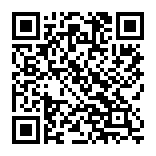 The statistical office of the European Union (Eurostat) has summed up the dynamics in the EU housing marketin 2019. According to the official data, in the 4th quarter of the preceding year, housing in the European Union grew in price by 0.8%. On a year scale, value of houses and apartments in the Member States showed an increase by 4.7%.

If to compare housing prices with the data of the third quarter of 2019, in the euro area and the EU area by the end of the year, they increased almost the same — by 0.7% and 0.8%, respectively.

The statistics submitted relates to the period before COVID-19 containment measures began to be widely introduced by the European Union.

Among the EU Member States the highest annual increase in house prices in the fourth quarter of 2019 was recorded in Luxembourg — by 11.0%. Slovakia followed up by 10.9%. In Croatia prices went up by 10.0%, while just in Cyprus housing prices fell by 4.8% only.

Interested in real estate in Spain?
Choose from 22 387 properties in our catalog
Go to catalog