All countries
Realting.com
Publications
When is the best time to move to a new home? Superstitions, customs and auspicious days according to the lunar calendar
Share using: 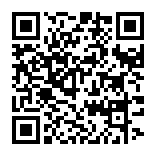 When is the best time to move to a new home? Superstitions, customs and auspicious days according to the lunar calendar

Despite the prosperity of scientific and technological progress and the almost daily emergence of more and more high-tech innovations, superstition and fatalism are still present in our lives in one way or another. Moving into a new home is not an exception: there are many signs hovering over this daily-life event, and people continue to believe in them with no regard to the automation of labor, space travel or nanotechnologies. After all, folk wisdom has thousands of years of experience on its back.

Find out what signs of fate can influence the success of moving to a new home, how you can attract good luck or, on the contrary, bring trouble upon yourself by violating the laws of life established by folklore.

We will leave good omens for last. First of all, it will be more useful to find out what folk experts advise against doing.

In order not to risk it, the sages advise to go around all of the premises one more time at the very end and double-check whether you have left anything. In ancient times, people believed that the ill-willed could curse the new inhabitants of a home through the things left by the previous tenants.

It is also considered a bad sign if the first person to pass you by on the way to a new apartment, house or office happens to be a woman. It is interesting that in this case it is possible to avert failure: it suffices to whip the lady with a twig in a purely symbolic fashion. It is believed that it is a sign of good luck if the first person you meet on the way to a new place is be a man.

If it rains or snows on the day of the move, it signifies luck, wealth and prosperity. New settlers will be especially fortunate if a rainbow appears at the same time. They say that precipitation, as it were, washes away the negative, making room for good changes. And the rainbow, of course, has always been a good sign.

Despite the twig story from the previous list, they say that meeting a pregnant woman, a dog or a beggar when moving is a good thing. Yes, some superstitions can contradict others.

What to do upon move-out

According to popular belief, in order for the move to be successful and your new life to be filled with good events, you should:

Call the house spirit to leave with you.

There are two ways to do this. The first is to sweep up the house on the eve of the move and put the broom in a conspicuous place (it is believed that the house spirit will sit on it and so will get into the new house with you).

The second way is to put beautiful trinkets, food and pillows in a small box and leave it in the center of an empty room when you have already taken all the things out of your old home. Then you need to go out for a while, return and explain out loud to the house spirit that you want to take him with you. Then, upon arrival, you need to pour milk for him and treat him with sweets, having greeted him in your new place.

It is best to transport the house spirit on a Monday or a Saturday. The reason why is unknown.

The day and time of the move matters

Popular wisdom says: it is best to move on a Tuesday or a Saturday (on Saturday, you can immediately bring your house spirit with you). It is believed that on this day the event will be the safest and will change your life for the best.

According to the Orthodox calendar, the most successful day of the year for moving to a new home is September 14, Semyonov day, and the best time of the year for this event is autumn (probably because Semyonov day comes in the fall). If you are guided by the lunar calendar, plan «X-day» on a growing moon: it will not go wrong. But never move during a full moon or eclipse days, these periods are unfavorable for it.

In terms of time, it is preferable to move in the morning. It is better not to do it in the evening hours.

When moving, many are guided by the lunar calendar. It is believed that moving on days of new moon, full moon, lunar and solar eclipses is undesirable.

Who should be the first to enter a new home

The oldest member of the family should be the first to enter the new home. Other beliefs claim that cats should be the first to enter a new home in order to drive away evil spirits and negative energy. At the same time, the place where the pet lies down for the first time is considered bad. It is not advisable to put a refrigerator, a children’s bed or a TV there, you need to place a plant in this area that will take away the negative energy.

What to do when you arrive

A new home must be cleared of potentially dangerous energy flows before moving into it. Most often, superstitious people use the power of need-fire for this. It can be done with either consecrated or ordinary candles from the store. A branch of St. John’s wort will also help. Light a branch or candle and go around all the rooms, starting the route from the corridor at the front door. At the same time, it is good to read a prayer or simply mentally expel all the negativity.

A few more beliefs about actions to take in a new place:

In the distant past, when moving, people also smeared the corners of a new home with honey, so that life in it would be happy and sweet.

A separate step when moving is the celebration of housewarming. Popular wisdom says: it is very important to celebrate this event on a grand scale, inviting not only relatives, but also friends. You can not spare money for treats and serving, because the first feast in a new home symbolizes, according to popular belief, your whole future life in it.

The best time to celebrate a housewarming party is the first weekend after moving. It is important that guests do not cross the threshold empty-handed. If someone nevertheless did not bring anything with them, they should throw a few coins over the threshold and wish the house prosperity.

When moving, many people carry things in their personal cars. There are also many signs associated to vehicles in this context. Among the negative ones:

There are not many happenings that are considered good when moving by car at all. One of them is to meet a car with the same license numbers on the way to a new home (only numbers are taken into account, letters do not matter). Interestingly, the more expensive such a twin car is, the more luck this meeting promises. But if the twin car you meet is beaten and untidy, this is not a good sign.

Of course, this article does not list everything, but only the most popular and well-known folk superstitions and rituals that are related to moving and housewarming in some way. In fact, there are many more of them. No matter how many omens and beliefs you may know on this topic, though, what really matters is not to get hung up on the negative and look into the future with confidence, with a firm belief in the best. Then the move will be successful and will bring only good changes.

Join our Facebook group
Read also
Top 5 cities in Poland: all the pros and cons from those who have already moved there
Relocation to Austria. What you need to know before packing your bags: only important information and personal experience
«It’s incredibly expensive to rent an apartment in London, but it’s not the biggest problem.» Personal experience: how to move to the UK and what to expect
Albania’s residence permit for investment: unexpected business opportunities and excellent prospects for life. What does the country offer?
Where IT specialists live well. Experts on where IT professionals relocate to and where there is a willingness to accept them
«You will never want to leave this place.» The wonderful story of a family from Cherepovets who moved to Turkey
«I spend 150 euros a month on groceries.» Sarah moved from Russia to Klaipeda to study, and she has no regrets
«Sorry, but only people over 60 can live in our apartment.» Alisa from Russia told about all the intricacies of moving to Sweden
Realting.com uses cookies to improve your interaction with the website. Learn more
Yes, I agree