The many-sided Sochi: features of the city, prospects for investment in real estate 2021

All countries
Realting.com
Publications
The many-sided Sochi: features of the city, prospects for investment in real estate
Share using: 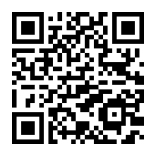 The many-sided Sochi: features of the city, prospects for investment in real estate

Sochi is not just a city on the Black Sea coast in the Krasnodar Territory of the Russian Federation. It is also the unofficial summer capital of Russia. Millions of tourists come here from all over the world, and not only in the warm months, as Sochi is a year-round resort known throughout the world.

Its popularity is due to several factors:

In Sochi, tourists will find many luxury hotels, hotels, popular sanatoriums, boarding houses and recreation centers all year round, including children’s camps. The developed tourist and not only its urban infrastructure, stunning mountain landscapes, endless pebble beaches and a rich nightlife — this is the key to the attractiveness and demand for recreation here.

An interesting fact: from May to September, the number of people living in Sochi grows at least twice every year due to the influx of tourists and business travelers. Yes, the city attracts not only vacationers — multimillion-dollar contracts are concluded and world-class business meetings are held in Sochi: congresses, festivals, exhibitions, including those initiated by the largest domestic and foreign companies. Tourist and business life is in full swing here.

Features of the climate by seasons

In Sochi, you will enjoy up to 300 sunny days a year — no other region in the Russian Federation can boast such an advantage, not counting the territories of the Krasnodar Territory adjacent to the city. Of course, there is a lot of rainfall and high humidity, but the abundance of sun more than outweighs this regional feature.

In summer, vacationers are attracted by the sea; in winter, by ski resorts. In the springtime, Sochi is buried in blooming gardens, but the spring season itself is short, the sea does not have time to warm up to a comfortable temperature for swimming.

The summer season is standard — from the second week of May to the end of October; most of the tourists visit the city in July-August.

In September-October, you can still swim in the Sochi sea without fear of freezing, but the air temperature is gradually starting to decrease, and the rows of tourists on the streets are thinning every day. If you are interested in the attractions in Sochi, rather than a beach holiday, the first two autumn months are the best time to visit this city.

Since the end of October, the amount of precipitation gradually increases, the number of sunny days gets smaller, and the sky is now and then covered with clouds. And by the last weeks of November, the average temperature drops to 10 degrees Celsius.

What about real estate?

For the reasons listed above, Sochi real estate is in great demand among both permanent residents and guests of the city:

A sharp jump in demand for real estate in Sochi took place about a year ago, during the outbreak of the coronavirus pandemic. And the level of demand for houses and apartments in the main resort city of the country has not subsided to this day, exceeding all the most daring forecasts of analysts. Since early 2021, demand has been much higher than supply.

What are the forecasts regarding the dynamics of the real estate market in Sochi?

In the near future, according to experts’ forecasts, the steady rise in real estate prices in Sochi will continue. Therefore, it is more profitable to invest in it now for a number of reasons:

All these facts indicate that the price of real estate in Sochi will not fall and will not stop growing in the coming months — it’s time to invest, it will only be more expensive afterwards.

What kind of real estate to invest in in Sochi

If you are interested in small-sized apartments, it is more advisable to give preference to buildings in residential areas. The proximity of the property to the coast is also important, especially if you plan to rent out your housing in the future or come to Sochi on vacation.

If beach entertainment and profit from tenants are not your goal, pay more attention to the size, rather than the prestige of the area, the hundreds of meters to the coast and the presence of entertainment facilities nearby.

In both cases — both if you buy for investment purposes and if you buy housing for yourself — you need to carefully analyze the situation on the real estate market. As of July 2021, the most promising segment in the Sochi housing market is primary real estate from developers. In the first half of this year alone, prices in this sector have grown by 25-30% in general, and depending on the property category, the price jump reaches 50%. This is due to a stable increase in demand without any fluctuations.

Note: every year the number of people who want to buy real estate in Sochi increases by an average of 10-15% — competition among investors is growing.

If you are interested in real estate in Sochi, please contact «Aventine & Kompanion. Real Estate Sochi» — the full cycle of real estate services awaits you:

By contacting «Aventine & Companion. Real Estate Sochi», you will receive comprehensive assistance and support in representing your interests and during the conclusion of the transaction. For details, please contact the managers: (contacts).