All countries
Realting.com
Publications
The estate of the famous artist Mihail Chemiakin is on the market in the USA
Share using: 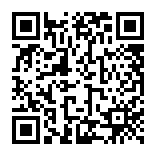 A large estate owned by famous artist Mihail Chemiakin is for sale in the city of Claverack, NY. The value of the property is $ 1.7 million. The mansion was built in Victorian style; its total area is about 680 square meters. The estate has adjacent grounds of almost 5 hectares with 6 buildings, including 4 residential buildings.

The property for sale requires major restoration. Inside the estate is basically a raw space, there’s no kitchen and no bathrooms. According to the listing agent Alan Weaver who sells the mansion, a full restoration will run about a million dollars.

The History of the Estate

The old estate was built in 1869. Mihail Chemiakin became its owner after he moved to New York for permanent residency. It happened in 1987. Prior to that, there was a tense period in the famous artist’s biography. In 1971 he was exiled from the USSR and went to Paris where lived for almost 10 years.

During the restoration work on the estate there was a fire. The roof caught a fire and collapsed onto the second floor destroying the interior.
Subsequent repairs enabled to restore the roofing but there was a gaping hole in the place of the turret. Now, this is the only major structural problem in the entire mansion. The artist lived from 1998 until 2008 in a separate building located on the plot, and then he moved to France.

Having acquired the estate, Chemiakin led an active creative activity. The artist used the lower floors of the main house as his studio where he created his works. Nowadays most part of his works can be seen all over the world, including inside the prestigious galleries of Moscow, New York, Venice and St. Petersburg. Some works are still in the home, but are not included into the sale. According to the agent the artist even has banned to take photos of his home interiors with unpublished artworks so they would not become public.