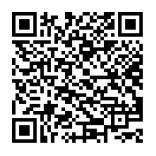 The European Commission has made a statement that it plans to solve the problem of a lack of skilled workers in EU states. This measure should make the EU a more attractive place for citizens from outside the alliance. Currently, proposals are being considered to change the conditions for issuing residence permits and work permits to foreigners.

The EC informed that the EU now requires workers with certain skills in 28 professions. Among the sectors: hospitality, healthcare, tourism, information technology and logistics.

The key objective of the innovations is to allow non-EU nationals to apply for long-term residence in the country where they currently live, provided they have lived and worked in the alliance for several years. Despite the clarity of the rules, it will not be easy to obtain a residence permit and all the associated benefits.

Currently, applicants for long-term residence in the EU are required to «legally» reside in an alliance country for at least 5 years. It is not allowed to be absent from the chosen state for more than 6 months in a row and 10 months for the whole period of residence. The residency applicant must also have sufficient financial resources and health insurance. In some EU countries applicants must be prepared to take a language test. If the holder is absent from the EU for more than 12 months after obtaining a residence permit, their long-term resident status may be revoked.

Other proposals from the European Commission include:

Among all the innovations, perhaps the most significant will be the permission to combine in one application a work permit and a residence permit for non-Alliance nationals who come to the EU for employment.

Why is change necessary?

A study conducted by the European Commission has shown that not all non-EU citizens have been able to benefit from the existing rules so far. Employers are also in an uncomfortable situation: in most EU countries, they still have to prove that they are in search of a suitable applicant for a job.

The proposals are still being considered by the European Parliament. There is a possibility that they will be amended or postponed for a certain period of time.

Join our Facebook group
Read also
In Thailand, foreign qualified specialists and investors will be able to obtain a 10-years visa
Portugal is short of labor. How is the country going to attract foreigners?
Albania’s residence permit for investment: unexpected business opportunities and excellent prospects for life. What does the country offer?
Where IT specialists live well. Experts on where IT professionals relocate to and where there is a willingness to accept them
«You can get a Portuguese residence permit for an investment of €280,000 or more, but what for?» An expert on all the nuances of the Golden Visa program
New Zealand has developed a new visa for foreign investors
Realting uses cookies on Realting.com to analyse usage of the website and to enable content sharing on social media. Cookies may be placed by third parties. By closing this message and continuing to use the site you consent to Learn more
Yes, I agree

Interested in real estate in Spain?
Choose from 26 264 properties in our catalog
Go to catalog