All countries
Realting.com
Publications
Spain has started a massive sale of real estate with discounts reaching up to 40%
Share using: 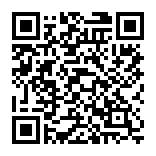 The sale of real estate has started in Spain, with discounts reaching up to 40%. A large-scale campaign together with Bankia company was initiated by Haya Real Estate agency. They have put on the market about 4500 objects in total, including almost 2000 private houses and apartments. In addition, the sale includes land plots, warehouses, and office space, garages, and retail space. The sale will last till December 15, reports Idealista.

The largest number of properties for sale is in the Mediterranean. If we look at housing offers, the following regions are at the top:

As for the provinces, the first positions in sales of housing are occupied by Alicante, Valencia, Granada, and Tarragona. A number of objects are also represented in resort areas.

Buyers can find housing up to 100,000 euros as part of the campaign. For example, low-priced apartments with two bedrooms presented on the coast of Bellreguard near Gandia. Their price is approximately 90,000 euros. A tempting offer is also available in the Torrent. Here you can buy a three-bedroom apartment for 96.000 euros.

In some provinces, the price of real estate is half off. We are talking about Lleida and Tarragona, where apartments on sale cost 40,000 euros.

Join our Facebook group
Read also
A residential complex in a historical building? Portugal is preparing an interesting project
The crisis has reached a critical point. How is China going to save the real estate market?
«Register all flatmates in two weeks.» Dubai has introduced a rule that applies to all without exception
«Going into investments is not enough — you have to realize how you can get out of them.» What is crowdinvesting, and how is it changing the real estate market?
Housing prices in Portugal are off the charts. What is the reason for this and how to fix it?
Mortgage in Poland, Germany and Spain. All details on how a foreigner can buy a housing by credit
Minimalism in its purest form. A stylish penthouse for sale in Germany for €950,000
Realting.com uses cookies to improve your interaction with the website. Learn more
Yes, I agree

Interested in real estate in Spain?
Choose from 22 327 properties in our catalog
Go to catalog