Raking of best skyscrapers in the world announced 2021 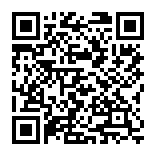 Raking of best skyscrapers in the world announced

Emporis has unveiled the ranking of the best skyscrapers built in 2020. The choice was made by a jury of experts in the field of architecture. For over 20 years now, Emporis has selected and awarded the best high-rise buildings around the world on a yearly basis.

This time, for the first time in the history of the award, this prestigious trophy has gone to Australia — the title of the best skyscraper was awarded to One Barangaroo. The building was erected in Sydney by Wilkinson Eyre, a famous British architect. Its height is 271 meters. The building broke all records in the city for this indicator. It offers panoramic views of the Sydney Opera House and Harbor.

Why was One Barangaroo the winner?

According to the jury, the key factor that allowed the Australian skyscraper to take the highest position in the ranking was the original futuristic design of its external facade. Visually, the property looks like three petals twisted slightly at the top. The building was erected on a podium with a height of 4 floors, the outer walls of which are decorated with a marble mantle.

Inside the tower, there are restaurants, apartments, and a casino. It also houses a posh, six-star hotel owned by the Crown Resort Group, the official developer of One Barangaroo and Australia’s largest entertainment corporation.

It is worth recalling that the prestigious Emporis award went to Russia last year. The title of the best skyscraper was achieved by the Lakhta Center, erected in St. Petersburg — the headquarters of the Gazprom company is located on its territory.

Join our Facebook group
Read also
New Zealand has developed a new visa for foreign investors
Prices for real estate in Odessa are going up, what should we expect? The analysis of real estate market and the selection of cheap offers
Do you want to buy a cheap apartment in Switzerland? Everything is possible, but in 20 years
Why are they so special? The unique flats are selling in the «Promenade» residential complex in Minsk
Living on a resort, and even with a view of the mountains? You can buy a dream apartment in Bulgaria for only $48,000
How swapin solutions makes paying for real estate with crypto possible
«Poles are in no hurry to buy apartments, whereas Belarusians and Ukrainians are being interested.» What's new on the real estate market in Poland?
Another small village in Italy initiated a sale of houses for just 1 euro
Realting uses cookies on Realting.com to analyse usage of the website and to enable content sharing on social media. Cookies may be placed by third parties. By closing this message and continuing to use the site you consent to Learn more
Yes, I agree

Interested in real estate in Spain?
Choose from 24 340 properties in our catalog
Go to catalog