Ranking of countries most resistant to coronavirus published 2021 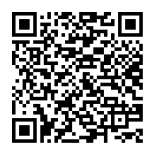 Ranking of countries most resistant to coronavirus published

Bloomberg news portal has released a list of countries ranked by their resistance to coronavirus. When creating it, a wide range of information was used to identify in which states the fight against the pandemic is being carried out as efficiently as possible with minor economic and social disruptions. In particular, mortality rates, vaccination availability and a number of other factors were taken into account. In total, the experts provided relevant data for 53 states.

According to the indicators at the end of April this year, the positions are as follows:

The TOP-10 also includes South Korea, Japan, UAE, Finland and Hong Kong. Russia is on the 22nd position, the USA is on the 17th, and Germany occupies the 26th. The last three places went to Argentina, Poland and Brazil.

When compiling the rating, experts computed a number of factors:

Interested in real estate in Spain?
Choose 21 938 properties in our catalog
Go to catalog