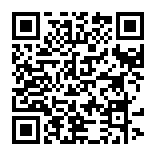 In Poland, small gated communities located in the suburbs have gained significant popularity. Many Poles have already left their apartments in the capital’s skyscrapers for them. A striking example is the village of Przystan, located in Lomianki. It has a lot in common with other projects around the country, combining 32 townhouses with their own terraces on its territory.

According to Kamil Kwiatkowski, the organizer of the Przystan village, the main goal of the project is to enable people to live comfortably next to each other and unite in their outlook on life. For example, they may be bound by their faith in God. Certainly, though, the initiator of the project has already received many angry letters on this account. As a result, Kamil decided to clarify the situation, stressing that, in order to purchase real estate, buyers do not need to prove their religious views: housing in the village is available to everyone.

Over 60% of the houses have been sold to date. The price tag for them is $ 1,300 per square meter. This is much cheaper than buying an apartment in a new building located in popular metropolitan areas, where prices are often 5 times higher.

As for the distinctive features inherent to the village in Lomianki, they are as follows:

Meanwhile, not all residents of Poland agree with the idea of ​​creating closed settlements. For example, Aleksandra Kunze, who teaches cultural studies at the University of Katowice, is extremely wary of such projects. She believes that a targeted search for neighbors with a similar lifestyle and worldview is a deliberately false path, as the residents of the villages will still have to go out into the real world, where every person is different. According to Kunze’s forecasts, the inhabitants of such settlements, in the hope of gaining greater security, will eventually experience a feeling of complete limitation.

Interested in real estate in Poland?
Choose from 2 197 properties in our catalog
Go to catalog