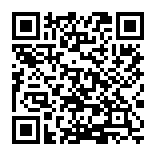 Poland to Build a Major Water Park in the Old World

A huge relaxation and recreation complex named the Park of Poland is under construction in Wręcza near the town of Mszczonów (60 km away from Warsaw).

Poland has always been famous for its fabulous nature, delicious food and rich national traditions. But in the system of well-developed international tourism these features lose their unique character. Only unusual and large-scale projects are able to sound loud, activate inbound tourism and enhance interest for the country. An incredible touristic object aimed at attracting over 1 million tourists per year — the Park of Poland — is actively constructed in Mazovian Voivodship near Warsaw. It is to open for visitors in the late 2020 and is estimated at 250 million euro.

The Park of Poland is being constructed in two stages. The first stage of construction is a major indoor tropical water park of Europe named Suntago Wodny Świat. The complex includes 20 hectares of land where it’s planned to gather the most known classic and extreme water attractions. The water park will contain 3500 square meters of swimming pools, 32 water slides and 10 thematic saunas of more than 2500 square meters. A slide of a record 320 meter height will be placed in the center of the park. The tropical park construction started in 2017, but main activity at the site has begun only recently. The crew explains this with a long run-up period for the construction site and complicated underground works. The park has already beaten a famous Palace of Science and Culture in the center of Warsaw by the amount of used concrete. According to the investor, more than 5 thousand tons of steel — half of Eiffel Tower — have already been used.

The video recently appeared on the net shows that the crew have finished pouring the foundations and now are managing the pools. The project also presupposes construction of a 2 km deep thermowell for premises and swimming pools heating.

The video recently appeared on the net shows that the crew have finished pouring the foundations and now are managing the pools. The project also presupposes construction of a 2 km deep thermowell for premises and swimming pools heating.

Join our Facebook group
Read also
Housing prices in Portugal are off the charts. What is the reason for this and how to fix it?
Space tourism on Earth. Dubai wants to create a resort in the form of the moon
«If you want to buy a housing in the mortgage — it is better to postpone these plans.» How the situation in the Czech real estate market is changing
In the U.S., people are increasingly refusing to buy a housing: what is it about and for which regions is most relevant
Taiwan's government is trying to curb the real estate market, but the number of deals is breaking all records
We slow down to improve quality of life. How «Happy City» is being built in Kaliningrad
Hiring an architect or a designer: what is the difference between these specialists and what services do they provide during the construction of property?
Elon Musk has rented a modest, one-room-size prefab house, estimated at just $50,000
Realting.com uses cookies to improve your interaction with the website. Learn more
Yes, I agree

Interested in real estate in Poland?
Choose from 2 197 properties in our catalog
Go to catalog