The fight against the pandemic is in full swing: who is leading in the pace of vaccination and which vaccines are officially approved by WHO? 2021

All countries
Realting.com
Publications
The fight against the pandemic is in full swing: who is leading in the pace of vaccination and which vaccines are officially approved by WHO?
Share using: 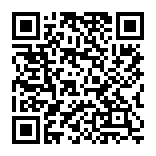 The fight against the pandemic is in full swing: who is leading in the pace of vaccination and which vaccines are officially approved by WHO?

Despite massive vaccinations and stringent restrictive measures in most parts of the world, the COVID pandemic continues to pose a serious threat to humanity. Only if most of the world’s population develops immunity to COVID-19 can it be completely overcome. Many countries of the world are striving to achieve this result, and they have already put all their best efforts into the development of vaccines against this dangerous disease.

Nevertheless, statistics show that the rates of vaccination in different countries differ significantly. In this article, we will provide you with more information about who is now leading in the number of vaccinated citizens and what countries have invented vaccines that have been officially registered.

The traditionally medically strong Israel, Germany and the United States are on their way to the top ten — their proportion of vaccinated population is 68.88%, 66.11% and 62.43%, respectively.

In some CIS countries, the situation is as follows:

Why vaccination is important

The pace of vaccination has a direct impact on economic recovery. Therefore, it is not surprising that this data is sharply reflected in currency quotations. The recent case of when the euro jumped in value up to 1.206 against the dollar — it happened as soon as information appeared that Pfizer would increase their supply of vaccines to the EU by 100 million doses.

Two key components of the economy — consumer demand and investment — have been hit particularly hard during the pandemic. The news about mass vaccinations gave hope to people and the whole business world in general. Now many have started spending money as they had before, which has significantly increased consumption rates. In addition, people have begun to invest more in the future — to expand their businesses and acquire real estate.

Another positive point that vaccination brings is the prospect of an opening of borders happening soon. Countries that have received sufficient COVID vaccinations will be able to quickly establish flights and, as a result, open entry to foreign citizens. These states will also have a much better chance of lifting existing restrictions. Before going on vacation or buying real estate in any foreign country, you should focus on the indicators on the proportion of the vaccinated population in order to assess the existing risks and prospects.

What vaccines are approved for use?

To date, WHO has approved over 10 drugs against coronavirus. They were registered in 2020-2021. The vaccine manufacturers are Russia, the USA, Germany and other countries.

The Russian drug was registered on August 11th last year. Currently, it has received approval for use in dozens of countries, including Argentina, Serbia, Egypt, Mexico, Montenegro and Hungary. On the territory of the CIS, in addition to Russia, the vaccine is actively used in Belarus, Armenia, Moldova, Kazakhstan, Kyrgyzstan, Uzbekistan and Turkmenistan.

Another drug produced by Russia. It passed registration on October 13th last year. Approved for use only in Russia and Turkmenistan.

A vaccine produced by two companies — the American Pfizer and the German BioNTech. It passed registration on December 2nd last year. It is currently used in dozens of countries, including the United States, Brazil, Australia, the United Kingdom, the United Arab Emirates, Japan, and the EU.

The registration of this American drug took place on December 18th last year. In addition to the USA, it is approved for use in the EU, as well as in Canada, Great Britain, Israel and more than 10 other countries.

The drug was launched in the UK. It was officially registered on December 30th last year. The list of countries where this vaccine is permitted is quite extensive: the EU, Brazil, India, Denmark, Australia, Canada and dozens of other countries.

This vaccine is produced by China. Its registration took place on December 31st last year. The drug is approved for use in only four countries: apart from China, these are the UAE, Bahrain and the Seychelles.

This vaccine was registered on February 25th this year. It was released in China. It is only approved for use in this country, as well as in the UAE.

The registration of this vaccine is dated February 6th this year. It was also made in China. The drug, in addition to the citizens of this country, is actively being used on residents of Brazil, Mexico, Azerbaijan, Ukraine and several other states.

Another drug made in China. It passed registration on June 25th last year. The list of states where it is approved for use is limited to China, Mexico, Hungary and Pakistan.

The country of origin of this vaccine is India. Its registration took place on February 17th this year. This drug is being used in India, Iran and Zimbabwe.

This drug was released in Russia. At the moment it is allowed for use only in this country. It was registered on February 19th this year.

An American drug that was registered on February 27th this year. It is being applied not only in the USA. It is also being used on citizens of the EU, Canada, South Africa and a number of other countries.

This vaccine was made in China. Its registration took place on March 1st this year. This drug has received approval for use in China and Uzbekistan.

Interested in real estate in Spain?
Choose 21 940 properties in our catalog
Go to catalog