All countries
Realting.com
Publications
The European Central Bank predicts a fall in the value of real estate in the EU
Share using: 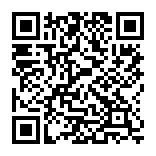 The European Central Bank (ECB) estimates that the revalued real estate market in EU states could collapse if rising mortgage rates outpace inflation. This will lead to debt bubbles in a number of countries.

The ECB also warns of further asset value collapse. This can happen if the economy in the EU states deteriorates due to the special operation in Ukraine and if inflation rates are higher than originally forecast.

The ECB, which plans to raise its interest rate in July for the first time in the last 10 years, estimates that private homes in the EU countries are about 15% more expensive than their real price, and in a number of states, by even 60%, given the relationship between the cost of the facilities and the income of the population.

The regulator predicts a fall in real estate prices in a range from 0.83 to 1.17%. This will occur after each 10-basis inflation-adjusted increase in mortgage rates.

In its report, published biyearly, the ECB predicts that a sharp increase in real interest rates will change property prices in the near future. At the same time, according to the regulator, the current low level of interest rates is likely to lead to a significant adjustment in the cost of housing.

The situation in some selected eurozone countries

In its report, the ECB called once again for certain restrictions: banks were instructed to hold more capital to protect property. At the same time, the regulator warns that, before taking any action, every variable must be carefully weighed, taking into account the existing geopolitical risks associated with the situation in Ukraine.

Subscribe to our Telegram channel
Read also
Montenegrin citizenship for investment — how much time is left and how to choose a property? An expert answers the most popular questions
A house overlooking an endless forest. A cozy cottage for sale in Hungary for €29,000
Leather sofas and hookahs are included in the price. Brutal bar for sale in the Czech Republic for €157,000
«In 2-3 years they will be 40% more expensive». The expert names top 5 trendy new buildings in Northern Cyprus
Realting uses cookies on Realting.com to analyse usage of the website and to enable content sharing on social media. Cookies may be placed by third parties. By closing this message and continuing to use the site you consent to Learn more
Yes, I agree

Interested in real estate in Spain?
Choose 21 900 properties in our catalog
Go to catalog