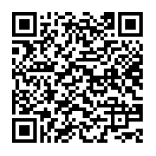 Why US residential rentals will keep generating steady yields

US residential rentals, data in hand, will keep being an excellent choice for diversifying a portfolio with a steady cash-flow. US real estate remains the ideal option for protecting one’s own capital from volatile financial markets.

The strength of US residential rentals

Why investing in US real estate and in particular in medium-tier residential properties with rental yield, provides ample guarantees of stability, wealth safeguard and steady cash flow.

The countermeasures undertaken by the various governments in order to halt the ongoing health emergency are having a strong impact on financial markets, more volatile than ever. Now, economic analysts are starting evaluating the effects on real economy.

What consequences will have in the near future the powerful mix of restrictive policies and volatile financial markets, on one hand, and strongly expansive measures in favor of citizens and enterprises alike, on the other?

As for today, it is too early to delineate future global scenarios. But, if we take into account a very specific market sector, such as long-term US residential rentals, it is already possible to retain very precise indications.

That is possible thanks to a wide and highly-qualified literature which analyses in-depth how that market behaved in other previous phases of economic and health turbulence both in the United States and worldwide.

From the analysis of such data, in fact, the choice of diversifying an investment portfolio with residential properties rented to the average American could prove to be especially effective, in order to fight the volatility of global markets. That is the case thanks to a stable and continuous yield, plus the fact that the asset is an actual property of which one can own the keys. In US real estate, indeed, within the context of certain given housing categories, even 80% of residents rent. The average American will always need a roof above his head. This is, in conclusion, one of the main characteristics that made US residential rental market constantly stable. It has to be underlined how US administration, in particular, is proving to be strongly committed in sustaining real economy with very pragmatic actions, such as:

But what do the research and aggregate data analyzed by OPISAS team really tell us?

In order to hypothesize on the future, one has to learn from the past. No sentence could be more true, if the future in question is the one of US real estate market, and the past is the 2008 Subprime crisis.

Everything had begun from one acronym, ARM (Adjustable-Rate Mortgage), the adjustable real estate mortgages which before 2008 were granted to applicants with low or very low credit profile, with no down payment and erratic income. Nowadays it is no more like that. The plethora of high risk mortgages has been eradicated. The notorious ARM, in particular, went through a strict regulation process and now have completely different profiles:

What is the CREDIT SCORE?

It is a method for quantifying and assessing the financial soundness of an individual through five areas of analysis: payment history, current debt, type of credit cards employed, credit history, new credit accounts. The score can go from 300 to 850.

The most widespread of these indexes in the USA is called FICO, and has been developed by Fair Isaac Corporation.

In conclusion, one thing above all: before the Subprime crisis, at the apex of the real estate bubble, mortgages with the best rate of interest possible were granted to applicants with a Credit Score of 620-640. Today, the average Credit Score of who gets such mortgages is 751.

The anticyclical effect of monetary rates at zero

No longer than a few months ago, some American analysts, basing on FED’s reluctance to lower interest rates and the subsequent tendency of growing rates among housing mortgages, forecasted a stabilization of the stars and stripes real estate market. The thought was quite linear: if rates keep growing, it will be more and more expensive to get a mortgage, thus excluding some buyers from purchase process. That would bring to a contraction of demand with a subsequent adjustment of prices. In these last day, FED performed a real U turn on its monetary policy bringing rates to zero.

Moving on the very same reasoning process, with an eye for the medium term, when health emergency will be under control, that important decision could prove to be an element for boosting the demand for housing mortgages and the subsequent housing price increase. Health emergencies, economic contractions and real estate market. What happened in the past?

Zillow.com, one of the major and most respected real estate portals in the USA, has recently released an in-depth research that assesses the effects on real estate market of recent health emergencies. Namely, it focused on the 2003 SARS emergency in Hong Kong and the on the first data coming from China.

The evidence is particularly interesting and helps providing a perspective on what the future may bring in different scenarios:

Basing on data from the near past and present China, it is therefore possible to expect a temporary freezing of real estate market for the duration of the emergency, without particular effects on prices.

As for today, it is hard to foresee with precision odds and entity of an economic recession tied to the health emergency. In fact, that depends on how it will keep spreading and on the countermeasures enacted.

Beyond the analysis on SARS, there is a wide literature on the likely effects of a flu epidemics. The US Congress Balance Office (CBO) has summed up a large share of such literature, providing provisional data on GDP contraction in different scenarios:

But what happened to housing prices and transaction volumes in the USA, during the most recent «standard» economic recessions?
It may sound somehow counter-intuitive, but recessions do not necessarily imply negative figures for real estate market. Actually, they usually have the opposite effect, as it can be seen the chart below, which takes into consideration housing prices during the last five recessions in US economy since 1980. To sum up, real estate market is made up of primary goods and therefore it may not necessarily grow, or maybe it could flatten its curve, but people will always need a place to live in. Therefore, such base need has the tendency to act as a filter on prices volatility.

In the USA, rental fees do no follow housing prices. Figures from 2008-2009 period prove it

If we analyze the trends of real estate sales and rental markets during the 2008 recession, during the period of most severe housing prices contraction, we will find out that rental fees did not follow the same trend.

Rental fees, indeed, are even less affected by recessions. Suffice to take into account data from the 2008-2009 period.

What is the FAIR MARKET RENT?

It is the amount of average rental fess including utilities (except for phone bills), for private, already-existing, safe and medium-tier (not luxury) housing with adequate services. It is calculated by the United States Department for Housing and Urban Development. In conclusion, during economic recessions rental fees do not follow real estate price trends. They can instead react to income reduction, but with some delay and temporary, mild adjustments.
In this case it has to be kept in mind the quick reaction of American system. As a rule of thumb, income reduction is always followed by:

High demand VS Low supply. The formula for stability

Similarly, to all other markets, even real estate and rental markets are based on the ratio between demand and supply. At the two extremes we will theoretically have:

Low demand & High supply = lowering prices VS High demand & Low supply = increasing prices.
What is the current situation of these two markets in the USA and what should we expect in the near future?

For answering the question, it would be best to start by looking back to the real estate boom before 2008 crisis:

What is the current situation?

But what caused such constant trend of stock reduction?

At an early stage after recession, the strong cut of mortgage rates made possible for house owners to keep existing mortgages, which in turn quickly corrected to new interest rate as they were adjustable rate mortgages, rather than changing home by subscribing a new mortgage.

— Reduction of appetite for risk among developers and banks;
— Lack of construction workforce;
— Increase of costs;
— Tight control of loan policies.

Therefore, the USA are in a situation of chronic lack of supply for housing. And recent events do nothing but confirm the forecast that such situation will last for a long time.

Finally, what are the effects on rental market?

During a fist phase post 2008, the forced exit of large strata of American society from real estate sales market had an immediate effect on the demand for renting housing.

There has been a correlation between economic contraction and demand growth. That trend consolidated over the years and remained unchanged until today, and that is the case as:

The current situation is therefore characterized by the fact that:

To sum up, it is best to consider not only how the ratio between real estate available on market and US population is not changing anytime soon, but also how — within rental market — demand will remain high in particular for medium tier properties. This in-depth analysis shows how in any macro-economic scenario, investing in long-term rentals in the USA is a countercyclical investment capable of stabilizing wealth and ensuring a steady cash flow.

It is for that reason that since 2008 OPISAS has chosen to focus on competitive residential properties in the USA. On top of that, it is one of the world’s most transparent and owner-friendly markets in the world.

In fact, the advantage lies in renting them to the average American, making them an investment with an immediate, stable and continuous yield.

During a phase characterized by extreme volatility, diversifying part of an investment portfolio in a safe place can be a strategic choice. If such choice is performed by investing in real assets capable of generating yearly net yields from 6% to 11%, from day one, it can really become a game-changer.

Long-term rentals in the USA can ensure that, as we have seen, through a steady cash flow. It is not by coincidence that in some real estate typologies over 80% of residents is renting, and it is not an exaggeration to say that these same residents will always need a roof on their heads.

Buying an apartment in Poland? No problem! We found 5 apartments for € 65,000 or less

«Where in the world can you buy an apartment for € 30,000? We found 6 options around the globe
Montenegro

Only two bedrooms, but includes a private beach. What does a two-bedroom, € 1,025,000 apartment in Montenegro look like?
Cyprus

Three bedrooms, an open terrace and a «personal» view of the sunset over the sea. A unique apartment for sale in Cyprus
Montenegro

«How to get Montenegrin citizenship through investment and what are its benefits? The most complete guide with a list of documents and prices
Georgia

You can’t tell the finished home apart from its renders. A cottage selling for $1.6 million in Tbilisi
Russia

«Investors from Belarus, Russia and Kazakhstan are the last to enter the market.» How to avoid the biggest mistakes and disappointments when investing in real estate
Realting uses cookies on Realting.com to analyse usage of the website and to enable content sharing on social media. Cookies may be placed by third parties. By closing this message and continuing to use the site you consent to
Yes, I agree Learn more
Interested in real estate in United States?

Choose 6 690 properties in our catalog