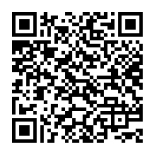 The British, Germans, and the French buy real estate in Spain more often. New statistics have been published

Recently, we wrote that foreigners have invested a record amount in the Montenegrin economy, particularly in real estate. And now it is known that foreign demand for real estate in Spain also surpasses all expectations. Land registrars of the country have published the data for the third quarter of the year 2022.

In the third quarter of this year, foreigners have bought Spanish real estate for 61% more than during the same period in 2021 — in total, they have concluded 26 728 transactions. And compared to the 3rd quarter of 2019 (before Covid-19) sales increased by 73%.

Who of the foreigners buy property in Spain most often? The British, Germans, and the French. The influx of money in the Spanish real estate market greatly increased by the citizens of Poland (+179%), Ukraine (+133%) and Bulgaria (+63%).

Such a surge in real estate sales may have been influenced by the following factors:

«Apartment demand is declining, but prices are rising.» The expert on the state of the UK real estate market
Realting.com uses cookies to improve your interaction with the website. Learn more
Yes, I agree