All countries
Realting.com
Publications
A hotel with ghosts or a spa complex for princesses? There are 3 cool castles for sale in Poland
Share using: 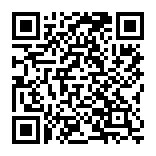 A hotel with ghosts or a spa complex for princesses? There are 3 cool castles for sale in Poland

Castle as a basis for implementing your business idea? Why not. At a minimum, your project will stand out among others, at a maximum, it will be a heck of a success and bring you a lot of money. We have selected 3 very different castles in Poland, which will be suitable for interesting commercial projects with a graceful shade.

In front of you is a palace and park complex of the second half of the XIX century with an area of about 4 hectares. With a master hand, this original property can be turned into a luxury business in the form of a hotel, spa or any other project you can think of.

The palatial estate is located in the village of Kawęczyn Kuyavian-Pomeranian Voivodeship. It is 11 km to Aleksandrów Kujawski, 24 km to Inowrocław, and 25 km to Toruń. In general, the civilization is not far at all.

As you can see in the photo, in the northeast corner of the castle took its place an octagonal five-story tower, the whole building was erected in a rectangular form. On the first floor is the main hall with access to the park, a terrace, and a fireplace. There is also a basement, which can be turned into a reception or kitchen, for example. And, as it should be, the palace has very high ceilings.

Technically, the castle is all right: there is electricity and water, as well as an elevator. During the renovation, the interior can be organized in many ways — it all depends on the flight of your imagination.

By the way, the entire building is surrounded by the landscape park, which is included in the register of architectural monuments. And the property has a 2-bedroom house, ready to move in. A castle-manor, where the spirit of the nobility reigns

This castle, for all its elegance, gives the impression of a very cozy place, where you can get away from all your worries and immerse yourself in contemplation and silence. You can see with the naked eye that everything here is very well-kept and beautiful — both inside and outside.

This building has an amazing history. In the second half of the 19th century, the von Wersen family built a palace, which burned down during the wedding of one of the officers. It was demolished in the 1970s due to significant destruction. The current manor house was originally the carriage house of the former palace — its ruins can still be found in the garden. Nearby is the family vault, now a church.

The location of the palace complex is a small village Krępa in the administrative district of Gmina Bobolice. The village is surrounded by numerous forests and fields, so even just looking at the photos, the amount of greenery around is impressive. The attraction of this region is the narrow-gauge railroad, which in the summer runs along the route Rosowo-Koszalin, and from Koszalin you can take a ferry across Lake Jamno and get to the seaside town of Melno. A great advantage of the location is the S11 freeway being built in the area, which will eventually run from Koszalin to Katowice.

As stated in the ad and seen in the photos, the property has enormous investment potential. It consists of a 676.69 sqm manor house, a pavilion with an underground sauna, a picturesque park with a pond and a plot of land with a total area of 20,168 sqm.

On the first floor of the building there are 7 rooms with bathrooms, terrace, and entrance to the tower and attic. For a comfortable stay in the castle held all the necessary communications: water and sewage, electricity, ventilation, central heating, hot water, fire protection and alarm system. A majestic castle near Poznan

Majesty and grace are the first words that come to mind at the sight of this facility. This is Dworek Katarzyna, located in the small town of Swazędz. Only 6 km away is Poznan, one of the oldest cities in the country, where Polish statehood is believed to have originated. In Poznan, you can also see Monet’s painting, which is the only one of its kind in Poland, and taste the famous sventomartin bagels.

Now let’s see what is inside the castle. On the ground floor there are: checkroom, bar, hall, conference room, fireplace, vestibule, utility rooms, kitchen. On the first floor: kitchen, five rooms, three bathrooms, living room, fireplace, dressing room. Another floor consists of two halls, three bathrooms, three bedrooms, six rooms. All floors are connected by flights of stairs, which complete the image of the castle in its classic sense.

The seller writes that thanks to successful architectural solutions, a good restaurant and luxurious rooms, this place literally boils with life. An area with a pond, landscaped with ornamental greenery, adds to the entourage. Do you want to buy an apartment or a house in Poland? Visit the section «Real Estate in Poland» and choose from thousands of options, the one that will suit you.

Interested in real estate in Poland?
Choose from 2 259 properties in our catalog
Go to catalog