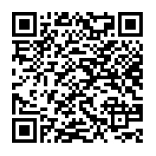 The secondary housing market in Finland has grown significantly

In the last three months, the number of real estate sales in the secondary market exceeded a five-year record of 6 thousand transactions.

What happened on the secondary market?

According to statistics from Nordea Bank and the Central Union of Realtors, real estate sales in Finland increased by 17% in November 2020, compared to the same period last year. 6101 purchase and sale transactions were concluded in a month, 58,236 in total since the beginning of the year.