All countries
Realting.com
Publications
Real estate in Batumi on the first line is rapidly getting cheaper
Share using: 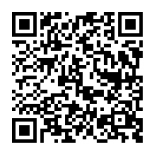 Real estate in Batumi is getting cheaper. Thus, properties, located near the sea coast, became cheaper by 20%.

The reasons for the drop in property prices

Concentration of the real estate market in Batumi is shifting from the first line. Statistics show that in the 1st quarter of this year, the number of transactions, compared to the same period in 2021, increased by 32%. At the same time, the biggest increase in transactions is seen on the periphery (+48%), and the first line gives the smallest growth (11%).

This pattern will be maintained in the future, because offers are shifting from areas by the sea to a wider strip that runs along the coast:

The suburbs and the periphery represented about 73% of the total area of land plots approved for construction last year. It should be noted that there were no construction permits issued for the first stage.

Average prices of real estate in the first quarter of this year decreased by 3%. The largest decrease is observed in the first line (up to −20%). At the same time, the suburbs show the greatest increase in value (+9%). This fact can be explained by the higher number of cheap properties on the market. Rental income and rental fees have doubled at the beginning of this year. This is due to the gradual recovery of tourism and a growing demand from foreigners.

What to expect in the future?

Experts say that in Batumi, as well as in Tbilisi, prices and the number of real estate transactions will increase in 2022. This is due to rising incomes, a fairly stable exchange rate of the US dollar to lari, and the recovery of the tourism industry as well as high demand among migrants.

Join our Facebook group
Read also
«It's a very gambling game right now.» How to become a digital landowner and make money on it
Incredible project and fascinating history — a unique weekend home for sale in Latvia
Modest accommodation with 6 bedrooms. A very special apartment sells in Israel
The beach is only 7 minutes’ walk away. In Spain the €55,000 flat is for sale
Realting uses cookies on Realting.com to analyse usage of the website and to enable content sharing on social media. Cookies may be placed by third parties. By closing this message and continuing to use the site you consent to Learn more
Yes, I agree

Interested in real estate in Georgia?
Choose from 2 103 properties in our catalog
Go to catalog