All countries
Realting.com
Publications
200-euro fines to be introduced for empty private apartments in the Czech Republic
Share using: 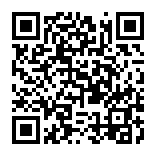 During the pre-election debates on one of the most popular TV channels in the country, the leader of the Czech Social Democrats and Minister of Internal Affairs of the Republic, Jan Hamacek, made an unexpected statement. He offered to fight the housing crisis with fines of 3000-5000 kroons (120-200 euros) per month. The politician wants to take this amount from the owners of empty apartments. According to him, there are about 70,000 empty apartments in Prague whose owners do not want to rent them out to tenants.

Speaking out about a plan for solving the housing problems in the Czech Republic, the official stressed that only his party was closely tackling the issue.

According to Hamacek, speculators deliberately avoid listing apartments for rent in order to maintain a high price. If they have to pay up to 200 euros for each month of downtime, they will reconsider their view of the current situation.

The politician’s idea is not new. Similar measures to combat speculators in the rental real estate market are already in place in a number of European cities. If the Social Democrats win the next parliamentary elections, there is a chance that fines for vacant housing will be introduced as early as 2022.

Subscribe to our Telegram channel
Read also
In Poland, you can buy an apartment on credit without an initial deposit. A new governmental program starts on May 27
«The collapse has already occurred, rent the first vacant apartment.» What’s happening in the Polish rental market now
The three most profitable offices for rent in Warsaw, or how to find awesome premises for your company. An expert’s opinion
New York basements are becoming sought-after rental options
«Some think that pheromone-loaded perfume helped our meeting.» A romantic story about how a Ukrainian woman moved to Poland at the age of 50
You can’t tell the finished home apart from its renders. A cottage selling for $1.6 million in Tbilisi
Rental rates are going down in Portugal
Why German citizens have begun to rent housing more often than they buy
Realting uses cookies on Realting.com to analyse usage of the website and to enable content sharing on social media. Cookies may be placed by third parties. By closing this message and continuing to use the site you consent to Learn more
Yes, I agree

Interested in real estate in Czech Republic?
Choose 1 161 property in our catalog
Go to catalog