In Germany, citizens from non-EU countries will be able to obtain dual citizenship 2021

All countries
Realting.com
Publications
In Germany, citizens from non-EU countries will be able to obtain dual citizenship
Share using: 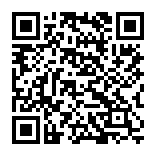 In Germany, citizens from non-EU countries will be able to obtain dual citizenship

On November 24 this year, Germany’s new government coalition unveiled a coalition agreement designed to make it easier for foreigners to obtain German citizenship. According to the document, it is now possible to submit a request for naturalization sooner — within 5 or even 3 years, if you can show special achievements in your integration process.

Currently, citizens who did not grow up in Germany and come from non-EU countries do not have the right to obtain dual citizenship. After the age of 21, they need to make a choice towards German or foreign citizenship.

The situation is complicated by the fact that foreigners who are not in a marriage relationship with a German citizen are only allowed to apply for naturalization if they have legally and continuously resided in Germany for at least 8 years. The application time can be reduced to 7 years at the end of an integration course and to 6 years if their German language proficiency level is at least B1.

The new coalition announced that they are going to simplify the acquisition of German citizenship for a certain generation of «guest workers». These were mainly workers from Turkey who came to Germany to work for hire in the automotive, agricultural, construction, mining, and steel industries. They worked in these industries from the mid-50s to the early 70s of the last century.

Under the new agreement, representatives of this generation will not be required to have perfect command of the German language. Thus, their «achievements in life» will be recognized.

The formed coalition also plans to launch a public awareness campaign on the possibilities of obtaining dual citizenship for foreigners. Such naturalization ceremonies will be openly encouraged.