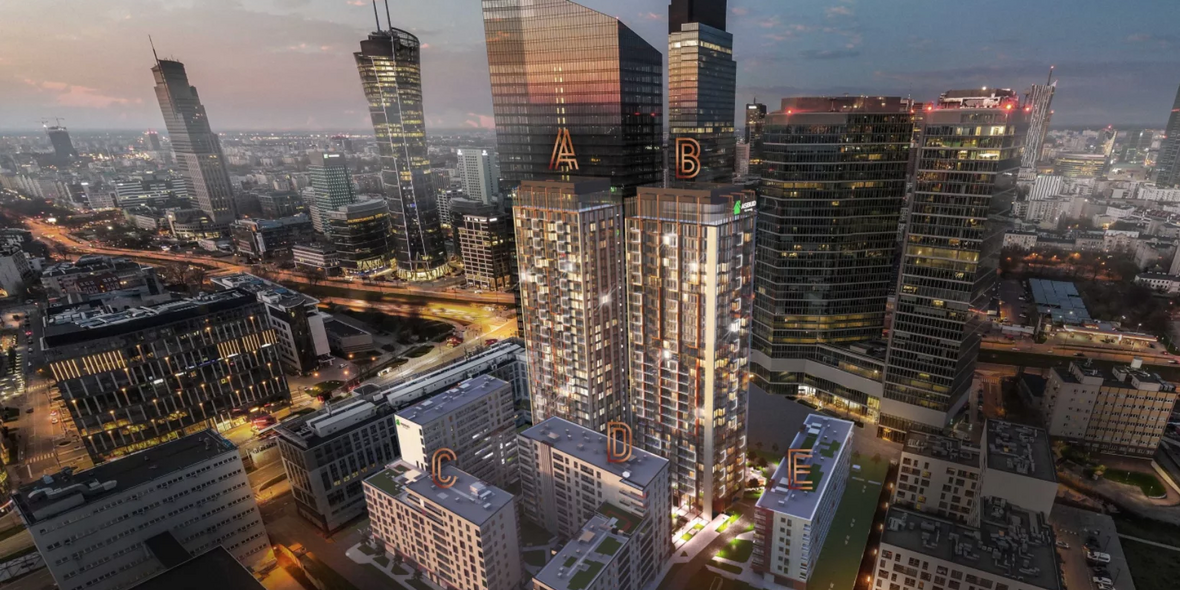 Apartment on the top floor of new Warsaw skyscraper sold for $1.3 million

In the west part of downtown Warsaw, close to the Rondo Daszyńskiego metro station, two elite skyscrapers about 100 meters high are being built in the Towarowa Towers complex. These properties classify as housing stock, despite the fact that they are located in an area dominated by office buildings.

According to their design plan, these two high-rise buildings will include about 600 apartments, the area of which will vary from 25 to 140 square meters. The average cost of a square meter starts at 20 thousand zlotys.

The sale of new housing has already begun. Potential buyers are virtually fighting over it. Thus, for one of the apartments located on the highest floor of a skyscraper, a buyer paid 5.5 million zlotys (1.3 million dollars). The purchased apartments immediately became some of the most expensive in Warsaw.

What else should you know about new properties?

The Towarowa Towers are scheduled to be completed in 2024. The developer of the facilities is Asbud, while their general contractor is Hochtief. According to the press service of the developer, the apartments on the upper floors of the towers are in the greatest demand among buyers — many of them have already been sold out, despite their high cost.

The decoration of the apartments is carried out on a turnkey basis — their future owners can choose between three options of finishing works. Most of the apartments will be equipped with loggias or balconies, which is not quite typical for premium high-rises. The plan is for the Towarowa Towers to also have a common space, which will include a recreational area, a fitness club and several terraces.

Join our Facebook group
Read also
A residential complex in a historical building? Portugal is preparing an interesting project
The crisis has reached a critical point. How is China going to save the real estate market?
«Register all flatmates in two weeks.» Dubai has introduced a rule that applies to all without exception
«Going into investments is not enough — you have to realize how you can get out of them.» What is crowdinvesting, and how is it changing the real estate market?
Housing prices in Portugal are off the charts. What is the reason for this and how to fix it?
Mortgage in Poland, Germany and Spain. All details on how a foreigner can buy a housing by credit
Minimalism in its purest form. A stylish penthouse for sale in Germany for €950,000
Realting.com uses cookies to improve your interaction with the website. Learn more
Yes, I agree

Interested in real estate in Poland?
Choose from 2 178 properties in our catalog
Go to catalog