Is this a museum or an apartment? Pyotr Tchaikovsky’s apartment is for sale in St. Petersburg 2022

All countries
Realting.com
Publications
Is this a museum or an apartment? Pyotr Tchaikovsky’s apartment is for sale in St. Petersburg
Share using: 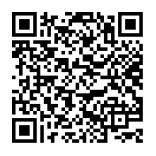 Is this a museum or an apartment? Pyotr Tchaikovsky’s apartment is for sale in St. Petersburg

In the Realting.com database, you can find a great variety of properties. We have secluded houses on the seashore, luxury apartments in the center of Europe, and the most ordinary apartments and houses almost anywhere in the world. But today we want to show you a truly unique piece of real estate — an apartment where Pyotr Ilyich Tchaikovsky once lived. It is up for sale for €587,812.

The apartments, located in the heart of St. Petersburg, on Gorokhovoy st., immediately attract everyone’s attention. The apartment is located on the top floor of a beautiful five-storey building, which was popularly known as the Gillerme-Rotin tenement house. The realtor calls the location of this residential building unique in the ad, and it’s hard to disagree with him: the Winter Palace, the Admiralty, and the Moika embankment can be reached on foot in 5-7 minutes. From the corner balcony of the apartment, you can see the Admiralty, St. Isaac’s Square, and the turret of Esders’ house.

In the 19th century, this part of the city was considered one of the most prestigious in the northern capital. The rich built profitable houses here, apartments in which were rented by the most talented artists and writers. At various times, Turgenev and Blok, Kuprin and Averchenko, Pushkin and Herzen, singer Fyodor Chaliapin and composer Pyotr Ilyich Tchaikovsky lived in this area. It was in this house that ballerina Galina Ulanova, writer Ivan Turgenev, the Zheymo circus family, Marshal Blucher and others lived at different times. We can say that every brick here is saturated with creativity and genius.

In fairness, it should be noted that Pyotr Tchaikovsky lived in this apartment for only about 15 days, but, they say, it was here that the opera «The Queen of Spades» was completed, the prototype of which was Princess Golitsina, who used to live in the house opposite. The apartment where Pyotr Tchaikovsky lived is for sale for €587,812. The apartment has undergone a designer renovation in which modern details are organically intertwined with classical and historical elements. For example, in some places, the original brickwork is exposed, which goes well with the white plastered walls. A modern kitchen with all the necessary appliances is adjacent to a real stove that needs to be heated with wood.

In total, the apartment has two living rooms, one of which is combined with a dining room and a kitchen. The total area of the living room is 41.6 square meters., while the children’s room is 12.6 sq. m. The cabinets are hidden in niches in the walls, and the bed in the children’s room is placed in the space under the ceiling. There is not much furniture in the living room. Despite the fact that the apartment has all the necessary commodities, the space is not cluttered, and the large panoramic windows further emphasize the «airiness» of the place.

Interestingly, there are only two apartments connected to the entrance. At the same time, the walkway to the front door is located in a courtyard, away from prying eyes. There is also a small parking lot. You can buy an apartment in St. Petersburg and enjoy the most beautiful cityscapes of its central districts, or you can become a part of the history of this city by buying an apartment in a real architectural monument. Any of these options can be found on the Realting.com platform in the St. Petersburg residential property section.