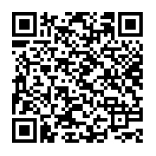 The Parliament of Portugal has voted on the issue of Golden Visas. So, will they abolish it or not?

Portugal’s parliament voted against the abolition of «golden visas». The country’s Prime Minister, who had previously admitted such a possibility, also changed his mind.

Recently, we wrote that the Portuguese Communist Party insisted on abolishing the «Golden Visa» program. This initiative until the last moment was also supported by the Prime Minister, who said that the residence permit scheme for investment has fulfilled its function. In addition, the idea of cancellation is supported by the public, according to which, this program provokes the growth of prices for housing and rent.

However, eventually, on November 22, 2022, most parties opposed the abolition of the program: namely the ruling Socialist Party (PS), the Social Democratic Party (PSD) and the right-wing Chega Party; the liberal initiative has abstained.

Note. Portugal’s «Golden Visa» program has been in place for 10 years and allows foreigners to obtain a residence permit in Portugal for investment.

How to live and develop business in Malta? The country has launched a new program for startups

Two-room apartments in Warsaw for €98,000 and more. Stylish options in diferent city districts

Where are the most profitable places to buy an apartment? Payback on rental housing in 5 popular countries: analytical review and rating

Ready to own your own tropical paradise? Bali has a huge archipelago for sale

Sri Lanka starts issuing «Golden Visas.» Who can get them?

Digital Nomad Visas — all the information here: which countries issue them, the conditions of obtaining it and the cost
Realting.com uses cookies to improve your interaction with the website. Learn more
Yes, I agree

Interested in real estate in Spain?
Choose from 21 607 properties in our catalog
Go to catalog