All countries
Realting.com
Publications
Yet another Italian settlement is selling houses for just 1 euro
Share using: 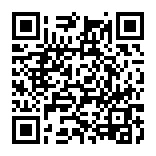 Yet another Italian settlement is selling houses for just 1 euro

The authorities of the Italian village of Borgomezzavalle, located in Piedmont, have put up for sale a house worth one euro. Through this decision, the administration of the small settlement has continued this now popular initiative in Italy, which started in Sicily and was later picked up by other municipalities where real estate can also be purchased at a symbolic price.

Borgomezzavalle appeared on the map of the country on January 1, 2016, after the unification of two communes, Viganella and Seppiana. Now no more than 400 inhabitants live here. Buying a home in Borgomezzavall, because of its location, can be an ideal solution for mountain lovers and trekkers. Accommodation in a picturesque village is also well suited for those who work remotely.

According to Stefano Bellotti, mayor of the municipality, the € 1 sale initiative was conceived and implemented to prevent population decline. The unusual offer should also help combat the abandonment of many buildings and ruins, which has become a pressing problem for most of the Italian mountainous regions.

How it all began

Before the sale began, the Borgomezzavalle authorities decided to establish the owners of the abandoned properties. It was not easy to do this: many buildings are registered in the name several owners at once or belong to third-generation heirs who do not even suspect that they have this property. The one-euro home sale initiative was first launched in 2016. The campaign officially started in 2017.

The mayor of the municipality emphasizes that the local authorities are not a real estate agency. When selling houses, they act only as an intermediary, helping to establish a connection between sellers and buyers. This is done in order to resolve the issue with the settlement of the region and increase its attractiveness among tourists.

Bellotti also draws attention to the fact that houses sold for one euro need maintenance, since no one has lived in them for many decades. The facilities themselves are located in different parts of the village, mainly in the historic center, but there are also buildings in the neighboring areas.

In total, since 2017, Borgomezzavalla has managed to sell several houses for one euro. Orders from buyers are being received even now — during a pandemic, when the sales process has slowed down somewhat. Most of the potential clients for this market are foreign citizens.