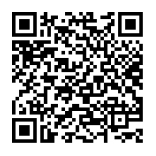 On May 6 this year, Canada launches a new permanent residence program. There are two categories of foreign citizens who are eligible for a residence permit:

According to Marco Mendicino, the Minister of Immigration, Refugees and Citizenship, thanks to the measures taken, more than 400 thousand foreign citizens will be able to come to Canada this year. Thus, the country will manage to fulfil the plan, making up for the small number of immigrants last year, when the entry was closed.

Mr. Mendicino believes that foreigners have been of great help to Canada during the pandemic. Now, by introducing new rules, the country gives an opportunity to its foreign residents to live here with temporary status and build their future in Canada. This should have a positive impact on the Canadian economy and help Canadians themselves to improve their lives.

Meanwhile, the population growth in the country has dropped to the levels of the First World War. This is partly due to the lack of immigrants. At the same time, the local province of New Brunswick continues to attract foreigners, despite the pandemic. Quebec is also being proactive by attracting new foreign residents with its 3 recently launched programs.

Join our Facebook group
Read also
How to move to Canada and get a startup visa? An APEX Capital Partners expert shares all the details of the process and the secrets to success
Canada will issue new open work permits to foreign workers and graduate students
International students studying online in Canada will get a work permit
Canada plans to accept more than 1.2 million immigrants by 2023
Healthcare in Canada for Immigrants
Realting.com uses cookies to improve your interaction with the website. Learn more
Yes, I agree

Interested in real estate in Canada?
Choose from 6 properties in our catalog
Go to catalog