All countries
Realting.com
Publications
Where do Russians live and where would they like to live in the future?
Share using: 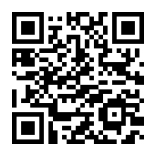 Where do Russians live and where would they like to live in the future?

The All-Russian Centre for the Study of Public Opinion has published the research data on housing in which Russian citizens reside at the moment and would prefer to move to in the future. According to the information provided, 64% of Russians live in apartments. For 28%, the permanent place of residence is a private house or a separate part of it.

At the same time, only 28% of the respondents would live in an apartment. Most of them (68%) would prefer to have their own house.

Lack of finances is the main obstacle that Russians face on their way to fulfilling the dream of acquiring an ideal home. This problem was mentioned by the main 72.7% of those who would like to change their place of living. Only 13.7% are completely satisfied with the current housing, and 12.9% reported that their own home requires cash investments on regular basis.

8.1% of respondents expressed a desire to build a private house on their own. What stops them is the lack of sufficient experience. Another 7% cannot move to a new place because of the disagreement between the individual family members.

When choosing housing, the key factors mentioned were the development of infrastructure (56%), accessibility of transport (51.5%), location (40.7%) and the quality of construction (39.9%).

Interested in real estate in Russia?
Choose from 20 281 property in our catalog
Go to catalog