All about The UK

All countries
Realting.com
Publications
All about The UK
Share using: 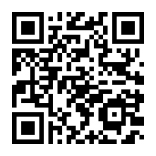 All about The UK

Was once the dominant global power in height of the British Empire. The United Kingdom is still a major economical player in the Western Hemisphere. The capital of England London is the largest city in Europe and one of the world's most influential financial centres.

Its economy provides employment prospects for every part of the education spectrum which results in welcoming around 150,000 migrants every year. Due to the UK’s geographical location “North-West of Europe” means they have always been a nation of immigrants. History confirms this as Romans, Anglo-Saxons and Normans all settled in the UK.

In recent years the majority of it’s immigration has come from South Asia, Africa and The Caribbean which have all added to the diverse culture and helped mould a country that is far more tolerant than its national media would lead you to believe.

The culture mix has been reason behind some of the world’s finest exports. The United Kingdom is home to world renowned music acts and some of the world’s most famous theatres. The UK is known globally for it’s publicly funded healthcare, free education system, intense protections for its workers and its weather.

It’s not all tea and biscuits. The living costs in the UK is one of highest in the world. The new immigration laws make it harder and more expensive for anyone coming from outside the European Union to move there but this could all change following Brexit??

Become a UK Citizen and Visas

The UK borders are currently free and open to all British passport holders, which also allows you access to all countries within the European Union (EU).

A number of global citizens can now enter the UK on the Visa-waiver program, this allows you to quickly and simply complete a form at your arrival point. Different visas allow you to enter the country for, tourism, business or marriage.

The easiest way to become a British Citizen is to become ‘naturalised’ making you a British National. The basic criteria needed includes: 18 years and over, no criminal record, good character, knowledge of English (any english qualification).

The Government’s website provides you with all information needed for a British Passport or the different kinds of visas which can be issued..

The NHS (national health service) controls hospitals, doctors, and the supply of medication in the UK. The NHS is funded by the contribution of taxes and other payments from the working population like most of the UK’s infrastructure. The UK healthcare is free and one of the best in the world.

The northern part of the country is still renowned for building ships and still a certain amount of coal mining while the northeast coast of Scotland in the North Sea is heavily involved in the extraction of Gas and Oil.

Work within the financial services or high-tech industries are booming especially in Leeds, Manchester and London. Car manufacturing is still a growing business within the UK.

The UK benefits from its relationship with USA as they are America’s gateway into Europe. This relationship between the two countries has seen a lot of companies from America start operating out of business properties within the UK.

Category Info Official language English, though Welsh and Celtic may be spoken regionally Capital city London (8,787,892) Currency British Pound (GBP) £ Timezone GMT+ 00:00 International dialling code +44 Emergency numbers 999, or 111 for non-emergency Population 66,573,504 Electricity 220 volts, 3 pin Internet TLD .co.uk, .com Drives on the Left Tipping Tipping is not compulsory or common in the UK but some restaurants automatically include a service charge on your bill. Unusual fact London would be the 8th largest country in Europe if it was independent.

Can I buy a property in the UK as a foreigner?

How long does it take to buy a house in the UK? (non cash buyers)

On average it takes about “6 months” to buy a house, however this can vary depending on the property. To find your desired home on average it's takes up to 3 months, 2-4 weeks to receive a mortgage offer,1 month to find a solicitor and exchange contracts then 2-4 weeks complete and get the keys.

Can a non UK citizen get a mortgage?

Mortgages for non-UK citizen depending on whether you have been a resident in the EU for more than 3 years, have a bank account and a permanent job in the UK, you can get a regular residential mortgage. However, you still need to meet the specific criteria set by the lenders in order to qualify for a mortgage.