In Spain, non-residents are denied discounts when paying tax on income from renting out their housing 2021

All countries
Realting.com
Publications
In Spain, non-residents are denied discounts when paying tax on income from renting out their housing
Share using: 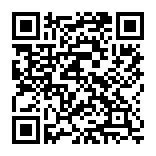 In Spain, non-residents are denied discounts when paying tax on income from renting out their housing

Spanish tax authorities keep turning down the foreigners who demand to reduce the tax on income received from renting out real estate. The European Commission intervened in the situation, but its objections are not taken into account.

In accordance with the current law on income tax, which must be paid by all individuals in Spain, residents are granted a 60% discount on the profit received from renting out real estate while non-residents are not granted such a discount.

According to Jose Maria Salcedo, a partner of the law firm Ático Jurídico, the current situation is far from being equal, since resident taxpayers have the opportunity to take advantage of a 60% discount, while non-residents don’t have it, although they receive a similar type of profit. The European Commission has already called on the Spanish tax authorities to comment on the existing violations by sending them an official notification. The response must be provided within 2 months. If the European Commission is not satisfied with their response, it will make a conclusion that EU laws are violated in Spain, and will then send an official request for their compliance.

If the Spanish side continues rejecting the applications of non-residents for tax benefits, the Commission can take this case to the Court of Justice of the European Union.

To date, the law has not been amended, and the tax authorities continue refusing discounts to foreigners.

Jose Maria Salcedo recommends that non-resident taxpayers apply to make changes to their tax returns for previous years if they were subjected to a tax without any discounts. The statute of limitations for such appeals is 4 years.

According to the expert, if the European Commission manages to prove the illegality of the existing Spanish rules, it will be much easier for foreign citizens to recover the overpayments on taxes, but only if the request had already been made and the statute of limitations on it is not expired.

Subscribe to our Telegram channel
Read also
In Poland, you can buy an apartment on credit without an initial deposit. A new governmental program starts on May 27
200-euro fines to be introduced for empty private apartments in the Czech Republic
Thailand is to impose taxes on foreigners
Cyprus to introduce a tax for real estate sales
EU countries with the highest housing and maintenance costs
We begin a series of articles on the currency legislation in Russia. Who needs to notify the Russian tax authorities about foreign accounts?
The draft law on mediation in real estate in the Czech Republic has been adopted in the second reading
Mortgage in the United Kingdom
Realting uses cookies on Realting.com to analyse usage of the website and to enable content sharing on social media. Cookies may be placed by third parties. By closing this message and continuing to use the site you consent to Learn more
Yes, I agree

Interested in real estate in Spain?
Choose 21 895 properties in our catalog
Go to catalog