All countries
Realting.com
Publications
How real estate prices have changed in France during the pandemic
Share using: 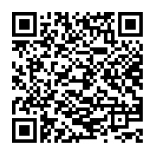 How real estate prices have changed in France during the pandemic

According to the union of notaries Notaires de France, the price of real estate in France increased during the period of April—June, despite the restrictions imposed. The most considerable increase in prices is in the capital area.

Experts predict that this trend will remain, reasoning that with the fact that since the spring isolation, the number of people willing to move to private homes has increased. In all this, a month-old study suggests that French citizens still prefer to live in the city.

Forecasts for the near future

Notaries assume that the cost of apartments at the end of October will rise by 2.1%, the cost of houses — by 2.6%.

Forecasts for some of the departments in France:

In Ile-de-France, the average price of a standard house at the moment is 323,700 euros.

Incidentally, now the French are trying to make up for the lack of foreign investors in real estate by reducing the current mortgage rates.

Join our Facebook group
Read also
A residential complex in a historical building? Portugal is preparing an interesting project
The crisis has reached a critical point. How is China going to save the real estate market?
«Going into investments is not enough — you have to realize how you can get out of them.» What is crowdinvesting, and how is it changing the real estate market?
Housing prices in Portugal are off the charts. What is the reason for this and how to fix it?
Mortgage in Poland, Germany and Spain. All details on how a foreigner can buy a housing by credit
Minimalism in its purest form. A stylish penthouse for sale in Germany for €950,000
Two apartments in the resort and a house in the village: we found budget housing options in Bulgaria
«There are skins of wild animals everywhere». A very picturesque house sells in Ukraine for €807,000
Realting.com uses cookies to improve your interaction with the website. Learn more
Yes, I agree

Interested in real estate in France?
Choose from 3 378 properties in our catalog
Go to catalog