Prices for old houses in Italy continue to fall 2021 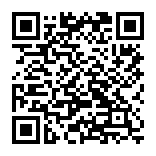 Prices for old houses in Italy continue to fall

In the period from July to August this year, prices for secondary-market houses in Italy fell by 0.4%; now a square meter costs about 1718 euros. If we compare these figures with the data for August last year, the decline in prices on an annualized basis was 1.8%.

Despite the increased demand, the value of Italian housing is gradually stabilizing. However, due to the pandemic, purchases of housing in Italy by foreigners reduced by half.

The situation in the regions

Out of the 20 regions of the country, the cost of housing fell in 12. A significant drop in prices was observed in Molise, Lazio and Marche: in the first, prices have fallen by 2.1%; in the second and third cases, by 1%. In other regions, the fall in the cost of square meters has varied within a 0.3-0.9% interval. A significant increase in prices was found in Basilicata (1.1%).

The most expensive region turned out to be Valle d’Aosta, where one square meter is estimated at 2566 euros. At the same time, the least expensive secondary-market housing can be found in Molise and Calabria — 887 and 888 euros per sq. meter respectively.

The prices in the provinces

Housing prices fell in 58 provinces. The largest drop in prices was recorded in Biella (by 3.2%) and Campobasso (by 2%). A noticeable jump in the value of real estate took place in Gorizia (by 4.3%) and Terni (by 4%).

The most expensive provinces were Bolzano and Savona. In Bolzano, a square meter sells for 3825 euros, while the price in Savona is 3128. The most affordable housing is sold in Biella, where one square meter is estimated at 590 euros.

Many Italian capitals have experienced declines in property values. The first places in this indicator are held by Rieti (prices fell by 5.2%) and Oristano (by 4.1%). At the same time, a significant increase in the cost of square meters occurred in Gorizia (4.2%) and Trieste (3.2%).

As for the larger markets, the most significant drop in house prices can be traced in Turin and Rome — by 1% and 0.7%, respectively. In Bologna, the cost of a square meter, on the contrary, increased by 1%, which was the best indicator for the capitals.