How to immigrate to the UK legally 2020

All countries
Realting.com
Publications
How to immigrate to the UK legally
Share using: 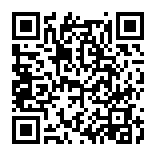 How to immigrate to the UK legally

A wide variety of categories of people can legally immigrate to the UK. Besides a well-known marriage and professional immigration, there are also such options as educational and business immigration, as well as the least common immigration of exceptionally talented people. Let us have a closer look at all the ways of legal immigration: who can apply for it, what is required, and how quickly it is possible to get British citizenship.

It is realistic to fulfill oneself in the professional sphere in the UK on condition that one finds a British employer who will provide a job offer, i.e. an official work invitation. According to the law, for a position, an employer must first consider the country’s citizens. If they cannot find an employee among the citizens, they will search among EU citizens. If there is no one willing to take this position, the employer has the right to hire a citizen of any other country. Besides, the employer is in charge of the invited foreign employee with financial and other responsibilities. Legally it is executed as «The Certificate of Sponsorship».

However, every year Britain issues quite a lot of Tier 2 Visas to foreign citizens. First, a foreigner must complete an internship, and then find an employer and get a job offer. Later, one can optionally get permanent residence and citizenship. For businesspeople and individuals with significant means, there are three immigration options: Oxford or Cambridge are not only world-famous universities but also a way to obtain a British residence permit. However, to get a Tier 4 Study Visa, it is not obligatory to study at the most prestigious universities. An ordinary college somewhere in the north of Yorkshire will work too. Those who receive postgraduate education or an MBA also get a Tier 4 Visa. A certain advantage of this document is permission to work (however, a limited number of hours). It will not only improve a student’s financial situation but also help find an employer. After graduation, it will be possible to get an internship and a job offer that gives the right to receive a Tier 2 Work Visa, which points the way to permanent residence. It is worth noting that it is much easier for British university graduates to find a job than for those who have only a foreign education.

Like all developed countries, Britain is willing to accept individuals who stand out in the arts or sciences. It will be up to specially authorized British organizations to determine whether one is talented enough to qualify for an Exceptional Talent Visa. A person will have to convince of their potential representatives of one of the following organizations:

How to do it? By demonstrating achievements, including diplomas, scientific publications, and various certificates. The more documents that show the talents of an individual can be provided, the better. Even mass media articles mentioning an applicant, as well as participation in international competitions and festivals (even if a person did not win a prize) will prove useful. For those who have decided to tie the knot with British citizens (including same-sex marriages), there are four options of «spousal visas»:

Each of them has its particular characteristics. For example, a 6-month Fiancé Visa allows only getting married but a Spouse Visa gives the right to work and provides an opportunity to obtain permanent residence. Nevertheless, all four types of visas have one thing in common: they are only granted to people who come to Great Britain to create a family or reunite with it.

When considering moving to the UK through marriage, it is important to remember that a British spouse has to meet certain requirements. They must have quite a good income, provide a rental agreement, as well as a bank statement. Along with a certified copy of a passport, these documents should be sent to a visa application center. It is recommended to add a letter that tells the history of the relationship.

In some cases, this visa may be refused. One of the reasons might be the low income of a British spouse. Close relatives from the UK can help solve this problem. For example, parents of a British bride or groom could write a letter of sponsorship, where they state their place of employment, income, and readiness to resolve financial issues. One should also attach a bank statement, payslips, and other evidence of their financial viability.