Elon Musk keeps his word and sells his last home 2021 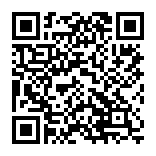 Elon Musk keeps his word and sells his last home

Elon Musk, the head of SpaceX and Tesla, is looking for a buyer for the last of the mansions he owned. This became known in June 2021 — the entrepreneur announced his decision on the social network Twitter. What is this house and what actually caused the sale? Find out in this article.

What kind of house is Musk selling?

Elon Musk exhibited a mansion located near the San Francisco Bay, on the Zillow portal, valuing it at $37.5 million. Now, according to the billionaire, the building is being rented out for various events.

Musk’s last mansion is located in Hillsboro, California. In total, the building covers an area of 1486 sq. m.; for comparison, this is about a third of a standard football field. Tesla’s head purchased this luxurious residence for $23 million from a French aristocrat in 2017. The house had belonged to the earl’s dynasty for about 100 years — it has a ballroom and banquet halls, 6 bedrooms, 10 bathrooms with bathtubs, and even a large professional kitchen.

This building, according to Zillow, was erected in 1916. The area of the residence is about 19 hectares (47 acres).

What’s around the house:

Musk sees a large family as buyers of his latest residential property, citing the location as a special place. Where do their legs grow from?

Musk announced the sale of the last mansion he has owned exactly one week after the publication of a journalistic investigation about US citizens who evaded taxes. This information appeared on June 8, 2021.

The scandalous details became public in the course of studying the tax returns of the 25 wealthiest citizens of America, in whose ranks Musk is also listed. According to the autonomous non-profit organization ProPublica, citing IRS (US Internal Revenue Service) documents, the head of Tesla and Space X, like some other billionaires, has evaded taxes in bad faith over the past several years — his payments were disproportionately small compared to his actual level of income.

Interestingly, already on June 10, 2021, the IRS representative announced that the precedent with the leakage of data on taxpayers-billionaires would be investigated at the federal level.

How it all started

Musk’s home-sale story began more than a year ago: in May 2020, the American billionaire promised to sell all his real estate and most of his other properties under public pressure. Then Elon was reproached for his exorbitant wealth: according to the results of a Business Insider study, before the start of the sale of property, Musk owned at least seven luxury houses, the total value of which was estimated at about 100 million US dollars.

Musk spoke about his plans in a rather grandiose manner, saying that he was selling property because he was not interested in money, property «pulls him down» and he completely devotes himself to Mars and the Earth. One of Elon Musk’s houses

A few days later, Elon Musk backed up his loud statement about getting rid of most of his «earthly property» with his actions — he put up for sale two mansions located in Bel Air, a respectable area of Los Angeles:

One house, with an area of 260 sq. m., 5 bedrooms, a swimming pool and a cozy guest cottage, the head of Tesla estimated at $9.5 million (in 2013, Musk himself bought it for $6.75 million, previously the building was owned by actor Gene Wilder).

The second house is a manor house on a hill with a magnificent view, built in 1990. The building, with a two-story library, a swimming pool, a gym, a guest suite, as well as a garden, a tennis court and a garage for 5 cars on site, was estimated at $30 million. The head of Tesla acquired this house in 2012 for $17 million.

Like a year ago, the sale of the last house is probably not an act of goodwill, but a forced decision, made, as before, under public pressure.

How are things now?

As of June 2021, Musk owns just one last mansion near the San Francisco Bay; he does not officially own any real estate anymore. All of his other houses are already sold out.

Currently, the billionaire and his family are renting a house for $50,000 a year in the state of Texas, in the Boca Chica area. It’s worth noticing that the mansion in which Musk now lives belongs to SpaceX, a structure under his control.